"The Slaughterhouse Rat" by Colm Keegan 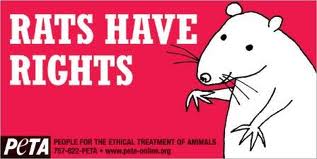 Very likely I will need to extend ISSM3 until April 7 due to the large number of pending events.  There is still plenty of time to participate.  Please e mail me if you are interested.

Colm Keegan has been four times short listed for The Hennessy New Irish Writer Award, in 2006 for the really starkly amazing "Slaughterhouse Rat".  (You can read it here and I strongly urge you to do so.  If you are in a time crunch, just skip my post and read the story.)

"The Slaughterhouse Rat" is set in a  tenement apartment in an economically down part of Dublin.    It centers on a married couple and is told in the third person.  Frank goes to the dockyard everyday hoping he will be picked from among the pool of waiting men to work that day.  For two weeks now he has not been chosen to work.  His wife wants to tell him to look somewhere else, don't just come home but she does not.  I am currently reading Strumpet City by James Plunkett set in Dublin in 1913.  (It is the April Dublin One City One Book selection.)  As I read "The Slaughterhouse Rat" I recalled how proud one of the men in the Strumpet City was to tell a woman he met that he was a regular worker at the docks now and did not have to wait to be called as most must.

The opening paragraph perfectly set the tone of the story, the feeling of desperate poverty and the miasma of filth  and misery that permeates the lives of the couple.


"Sarah was woken by the cold, and the stench of rotting meat filled her room. She crossed the room to shut the window and while there considered attending to her dying sunflower. It looked like too much of a lost cause though, drooping there in its window box. So she focused beyond the sunflower, and nodded to the world outside." 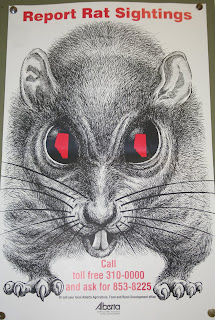 Frank and Sarah are in bed and Sarah imagines she hears someone trying to get into their apartment.  Frank tells her it is her imagination and says go back to sleep.  The next night she hears it again, this time a filthy, bloody malignant slaughterhouse rat has gotten into their flat.  Sarah's first thought is to protect their baby.  Keegan's depiction of the atmosphere of fear and loathing is really powerful.  The bite of such a rat can be deadly.  I felt like I was really there, like the rat was in my house coming for my daughters and my wife was screaming "do something, Mel".

This is a very visual story.  You feel you are there.  The bond between the husband and wife is strong even though we know Sarah wishes Frank were somehow a stronger man but maybe he redeems himself a bit in her eyes today.  I do not want to tell more of this story.  I again urge you to read it.

Colm Keegan lives in Clondalkin, Dublin. Since 2005, he has four times been shortlisted for the Hennessey new Irish Writing Award for both poetry and fiction. He was shortlisted for the International Seán Ó Faoláin Short Story Competition in 2008 and won the All Ireland Poetry Slam in 2010. In 2011, he was nominated for the Dublin Fringe's 'Little Gem' Award for the play he co-wrote with Stephen James Smith and Kalle Ryan - Three Men Talking About Things They Kinda Know About - which is now touring Ireland. In 2012 he featured in the award winning documentary about WB Yeats 'No Country for Old Men.' He regularly reviews for and contributes material to RTÉ Radio One’s Arena. He co-runs the monthly arts event ‘Nighthawks at the Cobalt.' He teaches Creative Writing to both adults &children and runs Inklinks, a young writers’ club in Clondalkin.
QUOTES:
'The poetry of Colm Keegan brims with frenetic energy and a hard-earned street-wise lyricism, bereft of false notes or unearned experience. These new poems for a new era grow into a powerful and often dark portrayal of contemporary Dublin: an exploration of the streetscape of urban estates teeming with the complexity of life. It delves into the richest and the darkest corners of the human condition, without Keegan ever compromising the deep humanity at the core of his unblinking vision of life passing by' - Dermot Bolger
'Sometime you meet poets with soul, sometimes with experience, sometimes with talent. But you seldom meet a poet with all three. Colm Keegan is one such poet' - Dave Lordan

He has kindly agreed to do a Q and A Session for ISSM3 so look for that shortly.

I for sure will be reading more of the work of Colm Keegan near term.