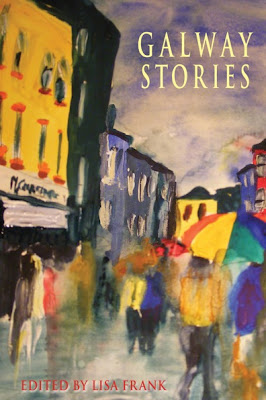 Irish Short Story Month Year Three is extended to April 7.  If you would like to participate please e mail me.

Galway Stories (forthcoming 2013-edited and introduced by Lisa Franks-Doire Press) was inspired by a collection of short stories on Paris that the editor bought in preparation for a trip to that city. Lisa Franks brilliantly decided to create a collection of stories set in Galway by mostly  Galway writers. She also provides a lot of insight into Galway in her introduction.    I have said it before (and no doubt will again) that for a city its size the literary productivity of Galway is both very voluminous and of very high quality.  (In my Q and A sessions with authors from Galway I have asked them to talk about this and you will find some very interesting answers in them).

Lisa Franks, as she reveals in her introduction is an American who first came to Galway to take participate in a literary workshop.  She had a lifetime passion for Irish literature and Galway quickly came to feel like where she belonged.  (In her Q and A Session she kindly explains more about how she came to move to Galway and co-found and manage Doire Press with John Walsh.)  I have been kindly provided a pre-publication copy of this book and I can say with certainty it will be very highly received.  There are twenty stories in the collection, ten are by writers on whom I have previously posted and I hope to post on some of the other ten writers one at a time.

The first story I will talk about is "Deep Blue" by Mike McCormack, a marvelous very entertaining story about an online chess game.  The story opens with Declan's friend talking about a chess match Declan played online.  It was interesting to learn a bit about the world of big time online chess games.  It seems, which makes perfect sense, that there are web pages where one can log on and issues challenges.  Chess players of quality are ranked numerically by their world standing and sometimes wagers for standing points are issued.  Declan received a challenge from a player 200 or so ranks above him, the terms were generous so he accepted.  He went down to his local pub to play online, just as he thought he had won and was beginning to gloat over how much his standing would go up, the game went blank.  Declan is outraged thinking the other player pulled the plug.   I won't tell much more of the story other than to say I laughed out loud when I found out who the other player was and I think you will also.  You can almost feel the rage of Declan over how it at last turns out.

"Deep Blue" was a great read.  It was so interesting to see another example of how the internet is taking over more and more.  It is also very rooted in Galway, set in a pub. We also in a few lines learn of the life connections of Declan and his friend, one grew into a "real adult" and the other is still working on it.  I hope to read much more of his work soon. 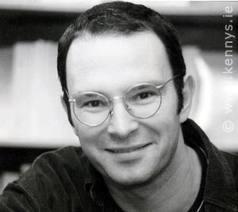 MIKE MCCORMACK is the author of two collections of short stories Getting it in the Head and Forensic Songs, and two novels Crowe’s Requiem and Notes from a Coma. He was awarded the Rooney Prize for Literature in 1996 and Getting it in the Head was chosen as a New York Times Notable Book of the Year. In 2006 Notes from a Coma was short-listed for the Irish Book of the Year Award; it has recently been published in America. He was awarded a Civitella Ranieri Fellowship in 2007.  He lives in Galway.

Mike McCormack has agreed to do a Q and A Session for ISSM3 so look for that soon.

Doire Press is one of Ireland's most innovative publishing houses and their web page is a valuable source of information.