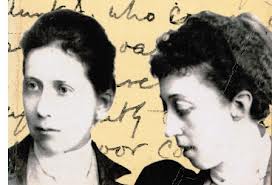 When I first began to read the stories of Edith Somervile and Martin  Ross (the pen name of Violet Martin-there is some background information on them in my prior posts)  I tried to determine if there is an undercurrent of irony in the manner in which the authors treat the Irish.   It almost seems like they treat them to figures of fun for the amusement of their English readers.      There was a popular BBC TV series based on the stories (you can watch a lot of episodes on You Tube-just search for Irish R.M.).  I watched a couple of the episodes and it does appear that the English man who is the R. M. (registered magistrate) and his wife Priscilla are the only sensible people in the programs.  The servants in the story are pure stereotypes.   The popular notion among many modern readers of Somerville and Ross was that they were creating stage-Irish rogues and buffoons for consumption in England.

Now it seems to me that they  were doing something far deeper and more subtle than that, something lost on most of their readers that says a lot about Irish literature as a post colonial experience.    The Irish learned, as did colonized people throughout the British empire that it was often easier and safer for Irish country people to intentionally play the role of Paddy or Biddy as it disarmed their rulers.   The Irish, just as did the Indians, learned that the British who came to live in their countries often had something a bit wrong with them and often felt their own need to play "stage Englishmen" for those they ruled.

Horses play a very big part in the works of Somerville and Martin and they are at the heart of this story.  As the story opens we meet two gentlemen in England, one English and the other Irish.  The Englishman will becoming to Ireland to gather information that he hopes will allow him to write a novel about "the liquor problem" in the Ireland.  The Irishman invites him to his home and wants him to get a good impression of Ireland.  Unlike in most of the other stories i have read by the authors, the butt of the jokes in this story is the Englishman.  They invite him to a big horse race and everything that can go wrong does. He is almost killed in a tragic accident!

There are stereotypical portrayals of the Irish in this story.   In fact I enjoyed this the least of any of their stories I have read.  I was drawn to read it because it was included in Frank O'Connor's collection Classic Irish Short Stories.