"The Nightingale and the Rose" by Oscar Wilde 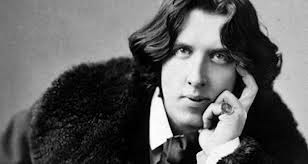 "Man is least himself when he talks in his own person. Give him a mask, and he will tell you the truth."


My Prior Posts on Oscar Wilde

In 1881, William Forster, chief secretary of Ireland, suspended the right of habeas corpus.    Czar Alexander of Russia is assassinated as is the American President, James Garfield.     University College Dublin is founded.   The first Sherlock Holmes story is published.     The best  novel published that year was Portrait of a Lady.   One Hundred and twelve years after this story was published, homosexuality was decriminalized in Ireland.    The population of Ireland was 5,174,836, 2.5 Million less than 1841.

My Prior Posts on Oscar Wilde

Oscar Wilde (1854 to 1900 Dublin, Ireland) most famously the author of The Picture of Dorian Gray" is an iconic GLBT writer whose life and work helped create a new sensibility.   Everyone who reads The Picture of Dorian Gray while young (and you should read it while young so you can reread it several times!) wishes they lived in a world where people talked the way they do in his book.   Most readers of Wilde stop at his novel.  A few of those who really like the novel go on to his great plays and wonderful short stories.

I have read a number of his short stories and fairy tales and have found them thoroughly delightful.


"The Nightingale and the Rose" would be described by many as a fairy tale.   My limited research indicates that it took the Irish a long time to take pride in Wilde because of deep rooted homophobia.  Declan Kiberd talks about this in a brilliant chapter on Wilde in Inventing Ireland:  The Literature of the Modern Nation. 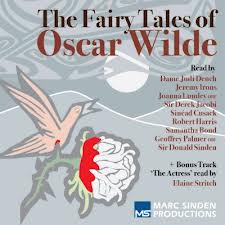 As "The Nightingale and the Rose" opens a nightingale hears a student complaining that the girl he loves will not dance with him because he cannot give her a red rose.  There are several rose bushes in the nearby Garden but only one can produce a red rose.  In order to produce this rose the nightingale must be prepared to make a terrible sacrifice.  I hate to give the ending away but I will say it is a very sad one which left me with a feeling of fondness only for the wonderful nightingale.

You can read this and other Oscar Wilde Short stories here