"The Old Regime" by Kevin Powers 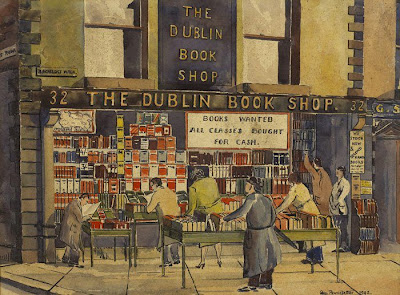 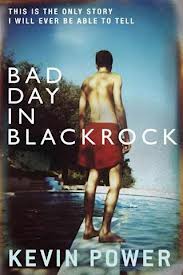 Irish short story month only has a few days left to run.  I have discovered a lot of great new to me writers.  Some are authors everyone but me in my literary isolation already knew about years ago and some just got published for the first time in the last few months.

"The Old Regime" is a very interesting story about the politics of student union organizations in a college in Dublin, we do not learn which one.  It is also about student life and about being an American in Ireland.  I also see it as a kind of satire or commentary on university politics and the world of a tempest in a teapot which it seems to outsiders.  An election for officers of the student union is about to take place.  We learn of the various student political parties.  The only office that matters is that of student union president as it looks good on your resume for future jobs.

The driving force behind the story is an American visiting student.   Everybody really likes him and it is fun to see him get into the Irish experience and to see how the Irish students view him.  There is a lot in these lines:

"It was January 2006. Coop had by now acquired his first steady Irish girlfriend, a second-year law student named Aisling Moore. People have wondered what Coop saw in Aisling. But to me the thing made sense. The highest compliment Coop could offer was to say that you were ‘real’. ‘He’s real, man, you know? No bullshit.’ And Coop would shake his head in wonder. Thinking about this now, it occurs to me that there was no other way in which Coop seemed so profoundly American."

There is a deep oddness in the attitude toward America and Americans in the story.  On the one hand everyone likes Coop for his very American, as the Irish narrator sees it, personality while seeing the president of the United States, George W. Bush, as a moron.  (OK so do I)

Coop is nominated for president of the student union and when it looks like he is a sure winner the university administration uses says that as a guest student he is not eligible.

There are a number of people we get to know in the story, all college students.  I think what I liked best about this very good story was when Powers told us what the students did in later years.   I greatly enjoyed this story and now have another Irish writer to follow!

KEVIN POWER was born in Dublin in 1981. He is the recipient of a Hennessy Award for Emerging Fiction and the Rooney Prize for Irish Literature 2009. His first novel, Bad Day in Blackrock, is published by Pocket Books.  A very successful movie, What Richard Did was based on this book, about the murder of a young man outside a Dublin nightclub.

I read this in   New Irish Short Stories