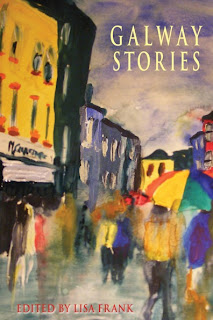 ISSM3 will be open until at least April 7.  Your participation is welcome.   E Mail me if you are interested or have any questions.

Jim Mullarkey is a writer I have wanted to read for some time.   I was very glad to see Lisa Frank has included one of his stories, "Encounter On Buttermilk Lane" in her great collection of short stories set in Galway, Ireland, Galway Stories.   In addition to being a wonderful collection of stories, it also helps give us a feel for one of the very greatest literary cities of the world.  I am starting to be convinced that per capita Galway has the highest number of writers and artists of any city in the world. 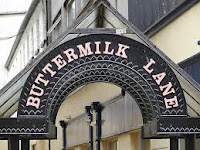 As the story opens a man is on his way to the library to borrow a book on herbs.  He knows the book well, as he does herbs, and wants to read it almost more for the beauty of the images than the familiar words.  Galway must be a very walker friendly city as the streets teem with people of all sorts, many of whom seem to know each other.  There is a human element too encounters even with beggars in the street, one that would not be found in lots of the places I have been.  In my Q and A sessions I have asked many of the authors what they miss about Ireland when they are out of the country.  Several said it was the ability to strike up a conversation with a stranger without seeming mental to the other person.

The man runs into a friend he has not seen in years, a school mate.   He wonders if the man had made anything of himself in the time since he had seen him.  The man is very reflective, very introspective and self-aware.  He and the man decide to have coffee in one of the many Galway coffee houses.  The other man gives money to a beggar, the narrator has learned to ignore them.  He wonders what is in the psyche of his friend that makes him feel obligated to give.  Mullarkey has worked as a psychotherapist  and he has made good use of that experience in this story.   There is a very subtle multidimensional analysis of a dream in one of the conversations between the two men that is really interesting.  You can see the narrator does feel self-conscious over his own lack of prosperity, he wonders if it shows and he knows he has had years of experience of letting other people insist on paying the bill in cafes.

"Encounter on Buttermilk Lane" is a very good story and I know I will soon venture to read his recent collection of short stories, published by Doire Press, And.  The things I liked best about this story, besides the beautiful prose and the acute human insights were the conversations between the two men, getting the feel of each other after years, and just the sense the story gave me of the streets of Galway.

JIM MULLARKEY is a fiction writer, psychotherapist and teacher.
He was a Labour member of Galway City Council from 1993 to 1999.
His story ‘Heaven’ was runner-up in the 2002 RTE Francis McManus
Award. ‘Mary up in Donegal’ was short-listed in the same competition
in 2005. ‘First Love’ was long-listed for the Raymond Carver Short
Story Award in 2004.
,


workshops for adults with learning difficulties. He lives with his family
in Galway. And, his debut collection of short stories, And, was published by
Doire Press in 2011.