"Oh Such A Perfect Day" by Paul McCarrick 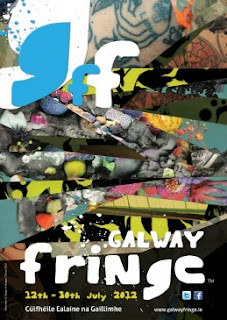 You are invited to participate in Irish Short Story Week.  If you are interested, please e mail me.

I count any day I discover a new to me writer whose career I want to follow a good day and "Oh Such A Perfect Day" by Paul McCarrick has made my day.  It also, in its amazing entry into the consciousness of a homeless man on the streets of Ireland, should make us all fortunate for what we have.  That being said, the literary world is full of stories about the down and out but few force us to see life from their perspective as well as this story.   The man, some would call him a bum or a tramp, is very reflectively self-conscious.   His life style, we do not know how he got there and it does not seem that he especially hates it, has deprived him a bit of what those who fancy themselves as without issues call sanity.

Wanderers are big in Irish literature, just flash to Waiting for Godot.  Wanderers are often used to express truth those in the full day light do not want to hear.   One thing McCarrick's story does is to force us to see the wanderer is as human as we think ourselves.  We do see the sordidness of his life, how he seems almost invisible to others and how much his life is controlled by his addiction and craving of cigarettes but we see he is also able to experience nature in a deep way.  The wanderer is very perceptive, he knows how others see him.  Maybe one day he will find a home and return to what he once was.  Maybe he will be found dead on the streets and put into an unmarked pauper's grave.
Either way we knew him just a little bit.

This is a really well done story and I hope to read more work by Paul McCarrick.  It was originally published in Abandoned Darlings, an anthology of works by the members of the 2011-2012 NUI Galway MA Program in creative writing.

Paul McCarrick is a writer from Athlone, Co. Westmeath.In 2012, he completed the MA in Writing at NUI, Galway. In March of the same year, his play ‘Third Time Lucky’ was part of the Jerome Hynes One Act Play Series and won Best Production and Best Director (Mary Conroy). It was also featured in the Galway Fringe Festival that summer and also played in Corcadorca’s Festival Nights as part of Cork’s Midsummer Festival.His short fiction, “Oh, What a  Perfect Day”, and his poem, “You’ve Done It Again, Athlone” appeared in “Abandoned Darlings”, an anthology of work from the MA in Writing 2011/12 class collection.Another poem, “Make Mine A Double Turn Swing Dip Thing Hey!”, will appear in ROPES Literary Journal later in 2013.He bases himself around Galway, working through short stories, poetry and theatrical pieces, as well as touching up his novel with the working title of “Happy-Cry With My Brilliant Life.”

Paul has kindly agreed to participate in a Q & A Session so please look forward to that.