Please consider joining us for the event.  All you need to do is complete a post on any Irish Short Story or a related matter and let me know about it.  I will publicize your post and keep a master list. Please email me if you have any questions or suggestions.  Guest posts are very welcome.

"When she got there, the men were sitting quietly watching scenes from the collapse of the World Trade Center. Dieter was leaning against the hangar wall. There was blood on his mouth. The film showed figures jumping from the windows and the roof. The people on the screen fell silently as though overcome by transcendence in flight. Dieter was looking at it open-mouthed, as though Heaven had collapsed and angels, the actual agents of divinity, were falling from the sky. The Russian men were watching it steadily. They were soldiers. They had an appetite for atrocity. Dieter was different. She wanted to tell him to close his eyes. That you looked away from God’s work, good or bad. You did not gaze openly on it." 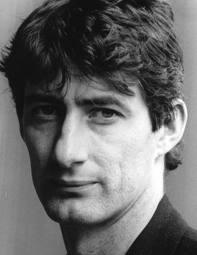 One of my major goals this year it to read stories by lots of new to me Irish writers.  Some of the writers everyone but me has already ready and some are just getting started in their careers.

"Homemade Wings" by Eoin Mcnamee centers on Russian workers workers in London and an Irish woman who begins a romance with one of them.   I found it to be a very interesting and quite strange story that compresses much of Russian, European and American history in the confines of the story about the relationship of an Irish woman and a Russian man.   The Russians first attract her attention when she sees them doing into the dressing rooms at a store with their girlfriends when they try on underwear.   The Russians have been hardened and shaped by the terrible lives they had in their country.   They are also lonely as strangers in a strange land.  The prose of the story is exquisite and I will quote a bit so you can get the feel of it.


"Cheryl was tall and thin with straight blonde hair to her waist, and Dieter said she had the pallid beauty of the women who inhabit future cities, citizens of the mutant outworlds."


One can see into the sensibility of Dieter in his inability to see her as beautiful unless he transforms her into almost an alien.

"He smelt of blood feuds. Of wolf-prowled outlands. Cheryl thought of a fabled man-beast from an old book of hours, a folkloric terror."


This may also give us an insight into the sexual stirrings of the woman, her need to see her lover as trans-human.   It is very interesting to see the repetitive use of phrases like "outworlds" and "outland", probably inspired by viewing of Science Fiction style movies.

In a way this story is about death, how the fear and the love of it drives us.

New Irish Short Stories is my source for this story.


Eoin McNamee was born in Kilkeel, County Down, in 1961. He was educated in various schools in the North of Ireland and at Trinity College, Dublin. His first book, the novella The Last of Deeds, was shortlisted for the Irish Times Literature Prize and his novels include Resurrection Man, which was later made into a film, and The Blue Tango which was longlisted for the Booker Prize. He lives in Sligo.