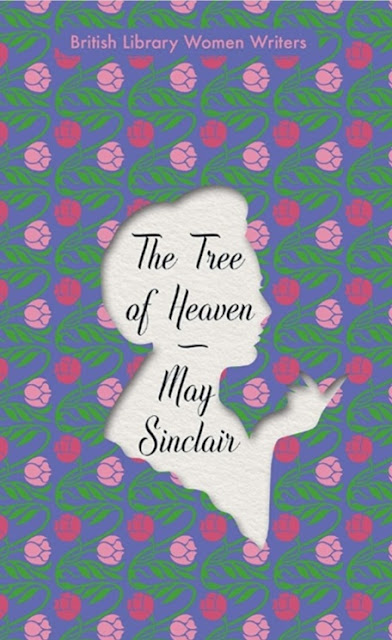 Part of a curated collection of forgotten works by early to mid-century women writers, the British Library Women Writers series highlights the best middlebrow fiction from the 1910s to the 1960s, offering escapism, popular appeal and plenty of period detail to amuse, surprise and inform.- From The British Library
There are currently 15 works in the British Library Women Writers Series. I am hoping to read through them. Most are fairly brief and all include author bios and expert commentaries. The Kindle Editions are under $4.00.
British Women Library Women Series Works I have so far read
Strange Journey by Maud Cairnes -1935
The Love Child by Edith Olivier - 1927
Tea is So Intoxicating by Ursula Bloom (writing as Mary Essex)- 1950
Father by Elizabeth Von Armin - 1931
O, The Brave Music by Dorothy Evelyn Smith - 1943
Mary Amelia St. Claire, writing with the pen name of May Sinclair wrote some two dozen novels, as well as numerous short stories and poems.  She was active in the struggle to secure the right to vote for English women.
Born - August 24, 1863 - Rockferry, UK
Died -  November 14, 1946 - Buckinghamshire, UK
World War One -June 28, 1914 to  November 11, 1918
The Tree of Heaven focuses on an upper middle class English family taking them from the start of the 20th century to the opening year of World War One.As novel opens, Francis is sitting under an ash tree which the family calls "the tree to heaven". She is expecting her husband Anthony to arrive for tea shortly. Like other books in the series, having tea plays an important part. They have four children, Dorthea, and three sons, John, Michael and Mickey.
We follow the children as they grow older.  Their parents do not fully approve of  the romantic partners of the children.   One son becomes committed to Freedom for Ireland. The mother gets involved in the struggle to allow women  to vote. I found the treatments of meetings of those invloved in this especially interesting.
As time marches toward 1914, the war with Germany transformed everyone into patriots. The parents fear their sons will be killed in the war.  Older women become nurses to wounded soldiers. We are there at the front.
Sinclair did not know how the war would end while writing The Tree of Heaven.  Like the other novels in the series I have read, this work vividly brought to life the era it depicts.
I will next read Sally on the Rocks by Winifred Boggs
Mel Ulm