"Wonderful Wednesdays is a meme about spotlighting and recommending some of our most loved books, even if we haven't read them recently.  Each week will have a different genre or theme". 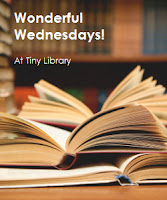 This weeks theme is historical fiction.

Getting Started in Japanese Literature-WWII Novels


In support of the Japanese Literature 5 Challenge (June 1, 2011 to Jan. 31, 2012) hosted by Dolce Bellazza I want to spotlight today five historical novels by Japanese authors I really enjoyed.    You only have to read one Japanese work to complete the challenge.   I hope a lot of the readers of my blog will sign up so I can learn from your posts!

The Waiting Years by Fumiko Enchi (1905 to 1986-Tokyo)  took eight years to write.   She  set it in the late 19th century in the household of a Samurai who is a mid-level government official.  One day about ten years into the marriage the husband tells his wife to go to an agency and hire a maid who would also be his concubine.    Of course his wife is not happy with this but having a concubine is a status symbol that a man of her husband's station in life is supposed to have so she suppresses her anger and jealousy and finds a maid that will also be a concubine.   The girl was basically sold a as near slave by her parents.    The Waiting Years covers forty years in the marriage.    We see all sorts of developments and we see the maid and the wife sort of bond when the man takes another women.   It is a very good look at what it was like to be the wife of a Samurai in the late 19th century.   It has lots of small details that bring everything to life for us.


The Flower Mat by Suguro Yamamoto also centers around the wife of a Samurai, this time in rural Japan around 1760.    The Samurai occupies a huge place in Japanese literature, everything from cartoons to great literature centers on the myth and reality of the Samurai.   Sometimes we forget that even legendary heroes have wives.  At this time in Japanese history many Samurai were becoming business men and government officials, leaving the warrior ways for ceremonial days.  In the world of The Flower Mat everyone's place in life is determined based on the status of the family into which they were born.   The Flower Mat is one of my favorite Japanese novels.   It is a work of very subtle intelligence that highly respects the intelligence of its readers.    If you can read only one Japanese historical novel this year, I suggest you start with this one.

The River Kai by Sawako Ariyoshi begins in 1900 and shows us the lives of three generations of women in the same family.   The novel begins just as the Russian Japanese war is ending and takes up through the post WWII years.   It  is set in Osaka and makes use of a lot of historical detail.   The great events of the time are not in the foreground but we can see how history shaped the lives of the characters,   Ariyoshi is a very highly regarded post WWII author.    She has studied traditional theater and preforming arts.


The Doctor's Wife, also by Sawako Ariyoshi deals with a real historical figure, the first doctor in Japan to perform breast surgery under anesthetics.    This work tells us a lot about how medical practices were conducted in 19th century Japan.   It also does a great job of showing how the doctor's wife was supposed to run the business aspect of the practice leaving the husband free to help his patients.   In this novel we also see how the wife and her mother in law hate each other and are life long rivals. This is a very worth reading book.


Silence by Shushaku Endo  is a greatly admired work.   Endo is a Catholic, something quite uncommon in Japan and he writes with real passion about the first Christian missionaries that were allowed in Japan in the 17th century.    In Japan in the 17th century it was illegal to be a Christian.   Silence shows us the terrible tortures the missionaries endured at the hands of the Japanese authorities.   Silence by the brilliant use  of small details shows us a lot about life in 17th century Japan.


I am not a scholar or an academic, just a general reader.   I make no claims of expertise at all.   I am simply trying to share my experience with Japanese literature a bit.   It is now a life time passion of my reading life.


As always I greatly appreciate all reading suggestions.

Some great suggestions - Japanese literature is something that I have been meaning to explore and still haven't got around to. I own a few (eg. Hoursekeeper and the Professor, Hotel Iris for example), but I have to admit that I really like the idea of reading some historical Japanese fiction.

The stories you have suggested are brilliant ones. Each one is so unique and different. Even though I am not taking part in any of the challenges I would dearly like to find at least one of these suggestions.

Hi, thanks for visiting and commenting on my blog! :)

'The Doctor's Wife' sounds really interesting. You have inspired me to get some Japanese authors onto my TBR pile.

Wonderful list, Mel! I read The Doctor's Wife earlier this year and thought it was excellent. Added The Rive Kai to my wish list immediately, but haven't obtained a copy yet. Thanks for reminding me.

Thanks so much for taking part! I have to admit I hadn't heard of any of these but think that The Doctor's Wife and The Waiting Years sound very good. Both have gone on my wishlist.

Thanks for this interesting overview.
Japanese literature is completely new to me but so fascinating!

Maria Grazia-thanks so much for your comment and visit

Thanks for the introduction to these books and this thoughtful post. I haven't heard of them and The Doctor's Wife, in particular, sounds like something I would like to read.

Thank you for a great list of suggestions. Making a note of all of them.

Thanks for the suggested readings. I'll read at least one of them, the one you recommend, THE FLOWER MAT, by Suguro Yamamoto. I was, however, wondering whether you could recommended historical Japanese fiction set in the 8th century or earlier. I'm adapting a Japanese tale about a character from that epoch Urashima Taro, for performance and want to ground it in Japanese life and lore. It's about a poor fisherman, so if you could also recommend historical fiction linked to Japanese fishing life, I would appreciate it very much. Thanks again,

The title you listed in this post, The River Kai confused with The Bridge Over The River Kwai by Pierre Poulle. Obviously, they're not the same, but don't they sound similar?!

I would also like to read The Waiting Years as I've heard so many wonderful things about it.

Of course, Silence will always be in the back of my mind. Such a profound novel.

I'm so glad you're joining in again, Mel. It could not be the same without your valuable input.