"The Doll" by Egmidio Enriquez 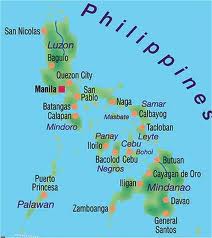 Three days ago Typhoon Pablo struck Zamboanga and killed over 400 people.  In a small tribute to the people of the region, I am posting on a famous literary work by a son of the city in  which all can take pride,  Egmidio, Enriquez.  "The Doll" is a beautiful story that counsels a gentle wisdom. 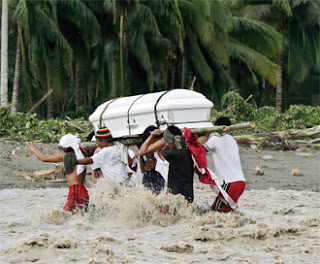 My Posts on The Literature and History of the Philippines

"HE was christened Narciso and his mother called him Sising. But when be took a fancy to his mother’s old rag dolls which she preserved with moth balls for the little girls she had expected to have, his father decided to call him Boy. His father was excessively masculine, from the low broad forehead and the thick bushy brows to the wide cleft chest and the ridged abdomen beneath it"

In Partnership with Nancy C, located in Cebu and we hope she and her family are all safe from typhoons,  I have posted on a number of short stories, mostly from before 1960, by writers from the Philippines.   I know there is a huge interest in these stories as my posts on these stories are by far the most read of all 1300 plus items on my blog.

Most of the writers Nancy and I have focused on have a relatively small literary corpus, some only have two or three stories.   There are no authors from the Philippines with the large body of work common to many American, Irish, or European writers of the time.    I think, this is pretty much speculation, that the reasons are economic and social, not borne from a lack of creativity or drive.  The only audience for writers from the Philippines at the time were a very small educated elite group numbering probably in the few thousands at most.  From these few thousand only a very small percentage would have been interested in, just as is the case now throughout the world, reading literary quality short stories or novels.   This reduces your actual first reader audience down to a few hundred people, probably a lot of them university students or professors.  No one made a living as a writer in the Philippines in this period so writing had to be a hobby.  Compounding  this is the fact that literary short stories in any language other than English had no viable places to be published so people had to write in a second to them language. When "The Doll" was written there were over 100 languages and dialects spoken in the Philippines.  In spite of this there are lots of wonderful world class short stories by authors from the Philippines and "The Doll" by Egmidio Enriqueaz is one of them.

There is very little information available on the author on the internet.  I could find only that he was from Zamboanga City in the extreme south of the country. He published only in the 1950s, as far as I can find.  He probably grew up speaking Zamboangueño Chavacano at home.  There were five dialects or languages spoken in the area, which was heavily influenced by Spanish culture.  In 1960 it had a population of about 100,000 people.   English would have been the medium of instruction in Enriquez's high school or college years.

As "The Doll Opens" a husband is berating his wife for giving their son a doll to play with.   The man is described as very macho and brags of the "red blood" of masculinity he has passed along to his son.   He is angry with his wife as she fears by giving the boy a doll and letting his hair grow long she is making him less manly than he should be.   Of course this is just a thinly disguised fear on the part of the father that the boy might grow into a homosexual because he was given a doll to play with.   The boy ages and he keeps feminine ways and his father constantly harshly criticizes him and says he is a poor son.   He talks to his wife about how will the boy ever run or even have his on family.  (Spoiler alert).   In a scene that has been played out millions of times, when the boy matures to the point a girl does take a romantic interest in him, once alone with her, in order to do what he things a man should based on his father's teaching, he totally brutalizes the woman. Once through with her he basically walks out, insulting her as he leaves.   It is not made real clear what he does to her but it looks like he forced himself in an abusive fashion on a woman who was perfectly willing to have sex with him.   The boy is eager to tell his father of the manly way he conducted himself and a cycle of abuse is perpetuated.

"The Doll" by Egmidio Enriquez is a simple, very beautifully written story with a powerful message for the parents of the world.   It also exposes the shallowness of the culture of machismo fostered on the people of the area by their colonial masters.

I do not know the publication history of this story.   My date of publication is a guess based on what I do know.   If anyone knows more about the author please share your knowledge with us.