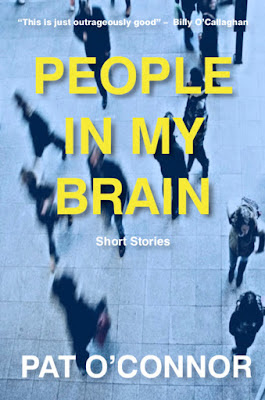 During Irish Short Story Month in March I read  a very entertaining Short Story by Pat O’Connor”Advise and Sandwiches” from his highly regarded debut collection People in My Brain.

“Metafiction is a form of fiction which emphasizes its own constructedness in a way that continually reminds the audience to be aware they are reading or viewing a fictional work..” Wikipedia

“Din’t Start Reading this Story” announces it self as a work of metafiction in the in which the purported author speaks to the reader. He tells us that it is to late for you to not staff resdiing.   The survival of a character is at stake.  If you stop Reading, they disappear.  Here stated by our slighly bellicose narrator is creed of post modern literary theory

“Now get this. This story is specifically for you. Yeah, you. If a story is properly written, everyone gets a different meaning from it, and what you’re reading here cannot be understood in the same way by anyone else.”

In a way this is saying if a story can mean anything then it means nothing.   The creed is either absurd or trivial.

The narrator then attacks The reader.  This story would be a very good choice for an advanced Class. I greatly enjoyed it.

“see you are still here. But you don’t like this involved writing, do you? You prefer that domesticated stuff – which is exactly why I have taken this action. How the hell is a writer ever to get a real live story read when people lap-up that safe crap that lies face-down on the page? It doesn’t involve real characters, let alone the reader. I mean involve, not interest.”

As the story goes on the narrator picks up his attack on the reader to personal insults.

My further take is to see the narrator as representing resentful writers who feel readers are not willing to put in the effort their work requires.

There are 13 more stories in People in my Brain.  I Will be returning to this marvelous collection numerous times 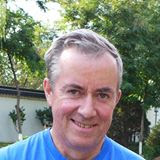 His stories have been published in Southword, Revival, Crannóg, The Penny Dreadful, the Irish Independent, the Irish Times, anthologized by the Munster Literary Centre, and broadcast on RTE.

His radio play This Time it’s Different, was broadcast on 95fm as part of the Limerick City of Culture program in 2014.

In autumn 2014, he was one of eight International Writers in Residence in Tianjin, China.

His story Advice and Sandwiches was included in the Hennessy Anthology of New Irish Writing 2005-2015, published by New Island.