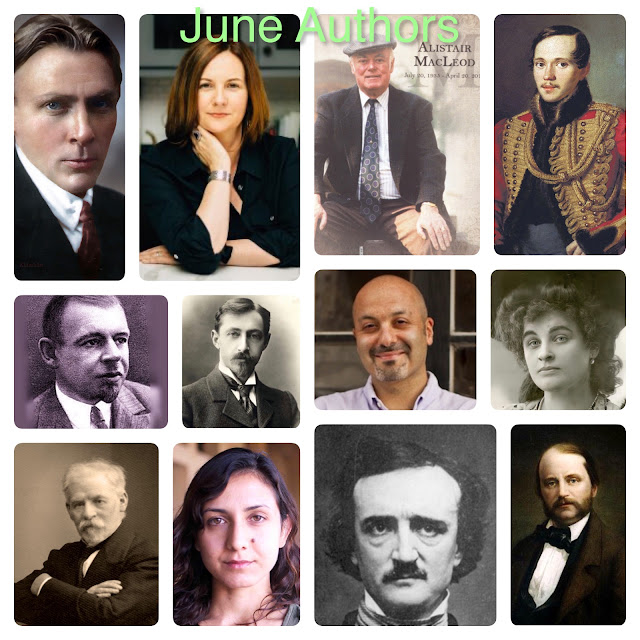 Nine out of The 12 authors are deceased, three are women. Half of The writers were featured for the first time.

In June six Short Stories were featured as well as six novels.

I read two novels I did not post upon

“A Christmas Tree and a Wedding" by Fyodor Dostoyevsky

Following were posts on two  stories by Tagore of India.

In July i Will be once again be participating in Paris in July sponsered by Thyme for Tea, a great all things Paris event

My great thanks to Max u and Lyn u for their  support.

Marianne. I am trying to expand my knowledge of Russian lit beyond The big give. In July i hope to post on stories by Russian Émirgé in Paris

Looking forward to seeing what you find. I discovered an author new to me a little while ago. Ayn Rand. Don't know whether you read her, she is pretty well known but I had never read anything by her.

Maybe you find an author or two on my Russia list.

Marianne. I read Ann rand about fifty years ago.

Wow, I love Russian authors but somehow she slipped through my fingers. I've been reading for over fifty years and only read her this year for the first time, and certainly not for the last.

We must be about the same age, at least older than the majority of the bloggers. Lovely.

Haha, your title made me smile. Sounds like a great reading month though!