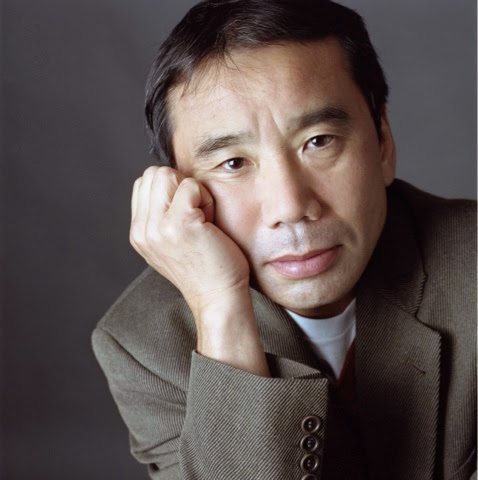 I really hoped I would be writing this post in observation of Huruki Murakami winning the 2014 Nobel Prize for Literature.  Now that that has not happened, I am posting on his just published story in the current issue of The New Yorker in order to simply journalise my reading of it and to let my readers know they can read the story for free, for a while, on the webpage of The New Yorker.
Set in an unspecified locale, it is the story of a man named Hebara and a thirty five year old woman he calls Scheherazade who regularly visits him, brings him food and books. He seems to be in a situation kind of like house arrest or maybe he simply fears to leave his apartment.  It is purely a business arrangement and does not feel sleazy.  The woman is married with children and a husband.  She is past her prime in looks but still attractive.  She shops for Hebara and visits his apartment every few days.  She always has sex with him. She always inspects the condom to be sure he completed and when on her period she uses her hand.    It is pretty much part of her job.  She is not quite a prostitute, in fact we don't know what to call her.  The man does not give her cash but clearly she is getting paid.  Maybe she feels if she does not have sex with him she will be dismissed.  She does not hate it, just kind of all business.
After sex, she tells him a story, just like the fabled Scherezade did.  He always wants her back to hear the next story.   One day she tells him a real story about her teenage years that was really fascinating.
"Scherazade" just begins and ends in the midst of a social setting we do not really understand.  Maybe in part it is a male fantasy of no strings sex.  It was a lot of fun to read.
You can read the story here
http://www.newyorker.com/magazine/2014/10/13/scheherazade-3
Mel u