A Story Based on Family History.   Among the Very Last Work of R. K. Narayan 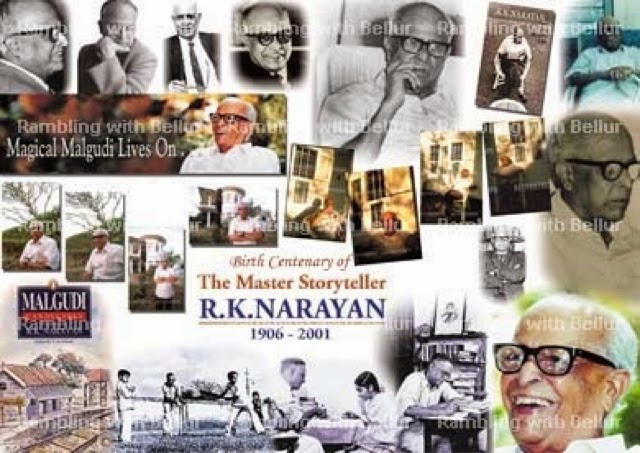 R. K. Narayan is one of my favorite writers.  I have read and posted on thirty five of his works.  His failure to win a Nobel Prize is a travesty.
Narayan stopped writing in 1994 when his daughter died of cancer.  "Grandmother's Tale" is one of the very last of his works.  It is not set in his imaginary community of Malgudi but draws from his own families history.  The story takes Narayan, he identifies his role in the story, back to his days when he was at home living with his parents.  "Grandmother's Tale" is structured as if it were the author's grandmother telling him a story about her mother, his great grandmother.   It is a beautiful story that shows us much about the nature of arranged marriages and the status of women in society in the early 20th century.   We also come to understand how impacting being married prior to puberty was on the lives of girls. Once a girl is married, which can be at age ten or less, she can no longer go out to play among her peers but must stay inside as befits a married woman. Education stops.   The marriage, as we learn in the narrative, is not customarily consummated until the girl reaches puberty and their is a separate ceremony marking this.
The story is not just your standard one person telling another a story narrative.  There is a lot of interaction between Narayan and his grandmother.  The way the story is told tells a lot about the relationship.  It was, I admit, fun to see Narayan told off by his grandmother!  I don't want to tell the story but it is really a captivating account of a marriage which shows the hidden strength of the grandmother and her willingness to be ruthless, some would say cruel and deceptive to preserve her marriage. We do see her travel across India alone in search of her runaway fiancé.   It was fascinating to see her revert to a proper subservient home bound wife once she got what she wanted.
As far as I know this story can only be read in The Grandmother's Tale and Other Stories. 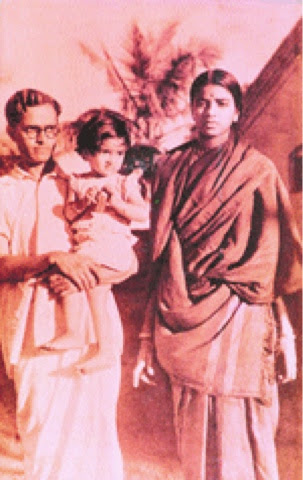 Narayan, Wife, and Daughter
Mel u

I have read a work by R. K. Narayan (Another Community) and I think it was good and meaningful. I'll check this one out soon. ^_^

Fun and Fearless thanks for your comment. I hope you get to read more Narayan