Ambition and Desire: The Dangerous Life of Josephine Bonaparte by Kate Williams - 2014 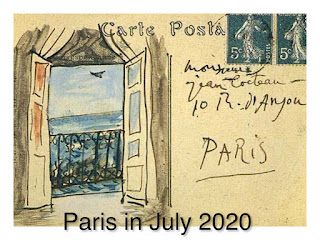 Ambition and Desire:  The Dangerous Life of Josephine Bonaparte by Kate Williams - 2014 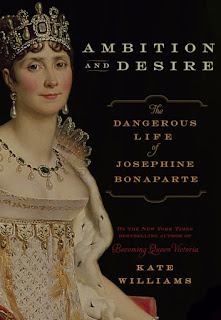 1779 to 1794 - Married to Alexandre de Beauharnais at age 16(he was guilinotined during The Reign of Terror.  She was imprisoned for several months, if not for death of Robespierre and end of The Reign of Terror she would probsbly have been executed.  Changes in law allowed her to regain ownership of her late husband’s property.

He was chosen for his wealth and was a chronic womanizer and a frequenter of brothels not even pretending to respect his marriage.

1796 to 1809 - Married to Napoleon Bonaparte.  Napoleon was six years younger.  She had until meeting him used “Rose” as her first name but Napoleon preferred “Josephine” so she used that The rest of her Life. I learned that Napoleon’s mother and two sisters disapproved of  and resented her.


Naploeon divorced her in 1810 using as his public excuse her failure to have a child.  In fact he lost much of his love for her when he learned of her affair with a junior French Hussar Officer.  As Williams makes very clear Josephine never loved Napoleon nearly as much as he her, certainly she loved his wealth far more than his person.  Her lover became wealthy through shady business deals in which Josephine had a part.

In her time as Empress Josephine devoted much energy to collecting art while living in the historic Palais du Luxembourg.

She had little formal education but was very intelligent and becamd an expert on European art.  I was very surprised to learn she imported all sorts of plants not native to France into the palace grounds and became something of an authority on botany.


As Williams explains in very interesting detail through her children Josephine became an ancestor of Napoleon III (his grandmother), great grandmother of Kings of Denmark and Sweden.  The royal families of Luxembourg, Belgium and The Netherlands are also part of her lineage. I learned Napoleon had numerous what seem like near parasitic relatives who sought to become rich through The association.  Napoleon is presented as very subject to influence by flattery,  which he craved.

Napoleon and Josephine are one of the most famous couples in French and in fact World history.  My guess is most see Josephine as a French Caribbean femme fatale living of her looks, advancing through several wealthy men, until she hit The Jackpot and parlayed her charm and insight into men to become the first Empress of France.  Women from The French island colonies were regarded  as sexually skilled.

“Most of all, Napoleon and Josephine’s romance is celebratated as one for the ages, a coup de foudre both mysterious and passionate. Although they were married only fourteen years, they shaped each other’s legacies, and theirs is one of the great love stories of history. Napoleon needed Josephine to spin him from general to politician, to smooth his way, to charm his opposition. She threw in her lot with him, gambling that he would lift himself beyond mere military glory. She won her bet, and yet it came at a price. Marriage to him was exhausting, and she had to pretend she was someone she was not for much of her life.”  From The Eplilogue

See https://sites.google.com/site/kwilliamsauthor/home
for bio detail and information on her other books.

In telling Life story of Josephine Kate Williams paints a vivid picture of an era.  I greatly enjoyed this book an endorse it to all with an interest in French history.

Email ThisBlogThis!Share to TwitterShare to FacebookShare to Pinterest
Labels: France, Paris in July 2020

I've just finished The Seven Ages of Paris and I'm very interested in learning more about Josephine and Napoleon.

Kate Williams is an excellent historian. Thanks for sharing her site and info on what looks to be a very nteresting book!

Wonderful, I have been looking for a biography about Josephine. We visited her birthplace in Martinique in December when we were there. A beautiful place. Fascinating woman!