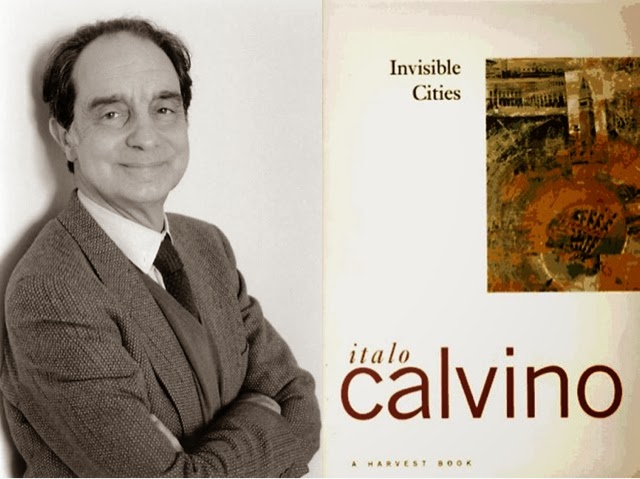 Italo Calvino, one of Italy's finest postwar writers, has delighted readers around the world with his deceptively simple, fable-like stories. The son of traveling botanists, Calvino was born in Cuba in 1923 and raised in San Remo, Italy; he fought for the Italian Resistance from 1943-45. After taking a degree in literature from the University of Turin in 1947, Calvino supported himself by contributing to a number of Communist papers and by working on the editorial staff of the publishing house Einaudi, which he remained associated with for 35 years. He first became well known in Italy for editing Einaudi's monumental collection of Italian folk tales. In 1957, deeply disappointed by events in Eastern Europe, Calvino left the Communist party; in the years that followed, his writing gradually diverged from the dominant neorealist style and assumed its own peculiar and distinctive voice. His major works include Cosmicomics (1968), Invisible Cities (1972), and If on a winter's night a traveler (1979). During his later years, Calvino became an avid film enthusiast and renowned lecturer, traveling widely to satisfy both pursuits. He died in Siena on Sept. 19, 1985, of a brain hemorrhage.  His best known work are part of the magic realism tradition.   I have previously read and posted on his The Cloven Viscount.
Invisible Cities is kind of a strange hard to classify work of the very fertile imagination of Italo Calvino. It is presented as if were a conversation between Kubla Kahn and Marco Polo.  The conversations are mostly, though not entirely, Polo describing 55 cities he has either visited or heard about on his travels,   The work is not entirely set in the real world time of Marco Polo as he talks about 20th century matters also.   Marco and the Kahn also have some intriguing conversations about a wide range of topics.  Much of it could be seen as a meditation on the nature of the city and its impact on civilization.
I found Invisible Cities interesting.  It somehow seems more clever than profound.  It reminded me a little bit of Borges.  Some of the descriptions of the cities are really intriguing with beautiful imagery.  Some of the book got to be tedious.  I am glad I read this book as it is a famous work and I have not read much post WWII Italian literature.