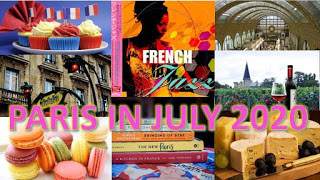 During Paris in July 2018 I had the pleasure of reading a very good biography of a fascinating French woman from the 19th century,
Renoir’s Dancer - The Secret Life of Suzanne Valadon by Catherine Hewitt- 2018.

Starting from her early teens, an illegitimate daughter of a Parisian laundress, she progressed from prostitute, to artist’s model, mistress of Renoir and other famous artists, to a highly regarded painter. Hewitt explained her career marvelously.

This year I am very glad to have the  opportunity to read a second biography by Catherine Hewitt. 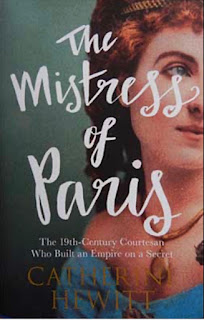 Her father was an abusive alchoholic,  her mother a laundress who was also a prostitute.  At age 13, while working in a sweet shop in Paris, she was raped by an older man.

Hewitt shows us how pervasive prostitution was in Paris in 1860s. In addition to women registered with the Police there were many thousands of part time anateurs supplementing the meager income of their families.  Many were following the  only profession open to young women besides household helper, laundry person or miliner.  In then very Catholic France, a woman was supposed to be a virgin until married and a man to be experienced. Hewitt details the various sorts or levels of prostitutes.

At the bottom were street walkers, often having  sex in doorways.
Valtesse started out one step above this as a lorette.  Lorettes were mistresses of trade men and had regular clients.  She did when
Short of money, walk the streets.  The wealthier
a woman’s regular clients were, the higher her status.  Hewitt’s biograohy is an account of how Valtesse used her striking redhaired Beauty, high intelligence and drive to become the most highly compensated courtesan in France.Valtesse seems to have consistently charged her clients for sex.  She never wanted just to be a kept woman. She never fell in love after her affair with the father of her children.  She never had a pimp of any sort. At her highest fame, she was given a Chateau for a night. Others paid her huge slums just to see her naked.


Émilie-Louise Delabigne took the pseudonym "Valtesse" due to its similarity to "Votre Altesse”, meaning “your highness”.


At age 20 she fell in Love with an army Officer with whom she had two daughters.  He promised to marry her but never did. She never loved again.  She placed the girls with her mother and supported them fjnancally.

Hewitt shows us the  eventual disaster this produced.  Valtesse found out her mother was pushing her daughter, one died very young, into prostitution at 16, planning to keep her earnings.  This resulted in a court fight for custody, Valtesse won.  Her mother later ran into a long time maid of Valtesse in the streets and assulted her.

Valtesse moved upward rapidly, she was evidently very skilled at sex and stroking  the egos of men.  An overweight sixty year old was made to feel like her greatest lover as she swooned in delight for two minutes.

She  did while getting rich still entertain some old clients for low fees,  saying if she is just doing nothing why not.

High level courtesans were celebrities.  Hewitt tells us about some of the other famous courtesans of the period.  She became a friend and bedmate of numerous top artists Valtesse.  Edward Manet among others painted her. 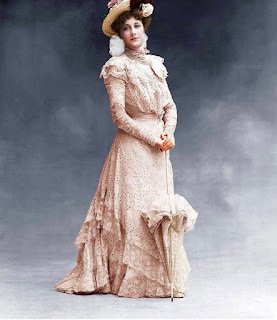 Hewitt shows us How Valtesse educated herself through her clients, from artists she became an expert in contemporary art, she was painted numerous times.  From politicians she learned about national and international affairs.  She became the mistress of a famous composer and playright, Jacques Offenbach.  Through him she began to dine in the best resturants in Paris.  From this she met Flaubert, Zola, and Guy de Maupassant.  Both Flaubert and de Maupassant were frequent visitors to brothels and clients of prostitutes.  Neither could afford Valtesse.

I was fascinated to learn of her relationship to Emile Zola.  Zola wanted to include a novel about prostitution in Paris in his cycle of novels,  Les Rougon-Marquart, about a French family  in Second Empire France.  Zola had no first hand knowledge of prostitution and Valtesse shared her life story with him.  L’Assomoir was loosely based on her younger days and the  central Character in Nana was based on her.  Nana was a huge best seller.  Valtesse was wriiten up in the press as the model for Nana.  Valtesse became ever more famous, higher priced and richer and richer.  A Polish prince built a magnificient chateau for which she stocked with works of famous artists, most of whom she had slept with.  She bankrupted Charles Guillaume Frédéric Boson de Talleyrand-Périgord (16 May 1832 – 21 February 1910), prince of Sagan by insisting he buy her a very expensive town House in the most elite part of Paris.  When the son of Alexander Dumas asked for sex, she told him he could not afford her and laughed in his face.


Napolean the Third  made her a comtesse.  Her advise was listened to by high ranking poiticians.

Hewitt presents a very vivid picture of the time.  She shows us The great draw Paris for country girls, how the railroads changed French Society.

As Valtesse aged she worried about losing her looks and her clients to younger girls.  She, using her  very high intelligence  saved a lot of money.  She sold The very expensive townhouse.She became  a mentor to up and coming courtesans.  Perhaps, as Hewitt shows, she did have some same sex encounters . She wrote a novel based on her life,  hiding very little.

In her final years she ran a kind of School for aspiring courtesans.

She died at sixty two when a blood vessel burst.

The Mistress of Paris- The 19th Century Courtesan Who Built an Empire on a Secret by Catherine Hewitt - 2015 is a first rate work of narrative non-fiction.  Readers of Balzac and Zola will, I think, love this book.

Having been awarded a first-class honours degree in BA French from Royal Holloway, University of London, she went on to attend the prestigious Courtauld Institute of Art where she took a Masters in the History of 19th-Century French Art and was awarded a distinction. In 2012, she completed her PhD on The Formation of the Family in 19th-Century French Literature and Art, with joint supervision from Royal Holloway and the Courtauld Institute. Throughout her academic career, she has regularly presented papers at conferences, published work in academic journals and was awarded numerous university prizes.” Further details can be found on her web site http://catherinehewitt.co.uk/

Sold! I'm a huge Zola fan and Nana was my first book, so this was great information to have about the woman who inspired his story. You source some very interesting books!

What a fascinating woman! Thanks so much for sharing this review.