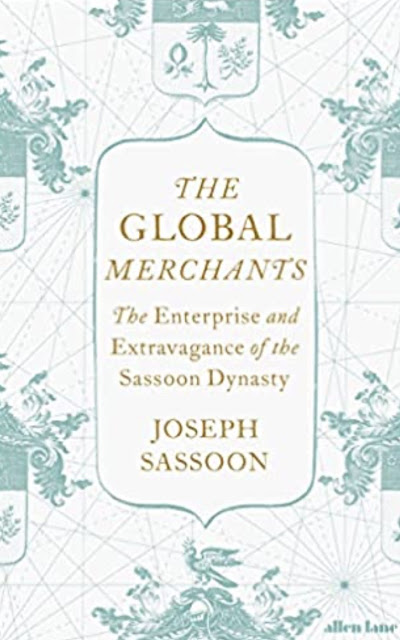 SASSOONS THE GREAT GLOBAL MERCHANTS AND THE MAKING OF AN EMPIRE - forthcoming October 25, 2022 by Joseph Sassoon

Joseph Sasson - 1795 to 1872- settled in Bombay in 1832 where he built family’s trade in Opium with China and in Indian Cotton to England.

“A spectacular story—the making of a dynasty—one of the great untold sagas of a gilded Jewish Baghdadi family: the merchant princes of the “Orient” who built a vast empire through finance and trade—opium, cotton, oil, shipping, banking—that reached across three continents and ultimately changed the destinies of nations.

For more than two centuries, from the eighteenth to the twentieth, they were one of the richest families in the world, known as “the Rothschilds of the East,” and for four decades were the chief treasurers to the pashas of Baghdad and Iraq.” From The Publisher

I have previously posted upon other books about incredibly  rich family dynasties.  These include works on two other Jewish families, The Rothchilds and The Warburgs.  Unlike Sassons, they were excusively based in Europe.  In August I read Ron Chernow’s book on the dynasty founded by J. P. Morgan.  Last month I featured Nazi Billionaire’s The Dark History of Germany’s Wealthiest Dynasties by David de Jong.

For two hundred years Sassons were one of the wealthiest families in the world. During this period they made signifigant cheritable donations to Muslims, Christian as well as Jewish organizations.

This is a Multi-generation   saga of the making (and undoing) of a family dynasty: the riveting untold story of the gilded Jewish Bagdadi Sassoons, who built a vast empire through global finance and trade—cotton, opium, shipping, banking—that reached across three continents and ultimately changed the destinies of nations.

They were one of the richest families in the world for two hundred years, from the 19th century to the 20th, and were known as ‘the Rothschilds of the East.’

Originating in Mesopotamian in origin,  for more than forty years the chief treasurers to the pashas of Baghdad and Basra, they were forced to flee to Bushir on the Persian Gulf. There David Sassoon and sons starting over with nothing, began trading in India in cotton and opium. They were the dominant force in selling opium grown in India to China.

The Sassons were soon building textile mills and factories, and setting up branches in shipping in China, and expanding beyond, to Japan, and further west, to Paris and London. They became members of British parliament; were knighted; and owned and edited Britain’s leading newspapers, including The Sunday Times and The Observer. Joseph Sasson, with access to Archives, shows the intricacy and complexity of their trading Empire.  As time went on, they Began to use English first names.

1887, the dynasty of Sassoon joined forces with the banking empire of Rothschild and were soon joined by marriage, fusing together two of the biggest Jewish commerce and banking families in the world.

“Against the monumental canvas of two centuries of the Ottoman Empire and the changing face of  the Far East, across Europe and Great Britain during the time of its farthest reach, Joseph Sassoon gives us a riveting generational saga of the making of this magnificent family dynasty.” From Amazon

Joseph Sasson details the causes for the decline of their power. Many  later day family members had no active interest in the business other than enjoying their riches.  There were serious competition between different branches of the family.

I found this book fascinating. I highly reccomend it to anyone interested in World wide financial history. 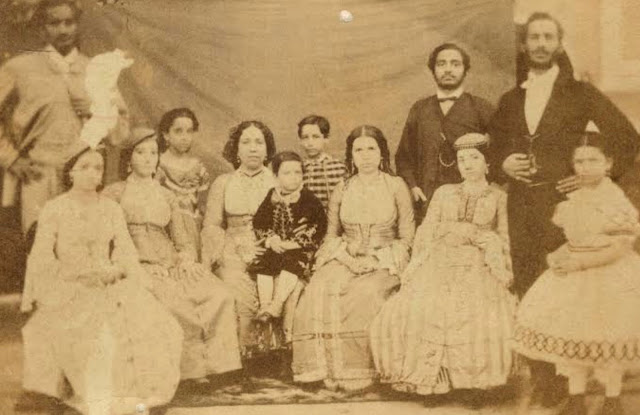 “Joseph Sassoon is currently an Associate Professor at Georgetown University and holds the al-Sabah Chair in Politics and Political Economy of the Arab World. He is also a Senior Associate Member at St Antony’s College, Oxford. During this academic year, 2014-2015, he was chosen as a Fellow at the Woodrow Wilson Center for International Scholars in Washington, DC. In 2013, his book on Iraq and the Ba‘th Party won the prestigious British-Kuwait Prize for the best book on the Middle East.

Email ThisBlogThis!Share to TwitterShare to FacebookShare to Pinterest
Labels: Sassons