The Playboy of the Western World by John Synge 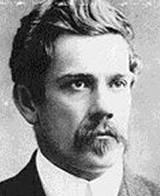 Two Dramas by one of Ireland's Premier Playwrights

"And that enquiring man John Synge comes next"-W. B. Yeats


John Synge (Dublin, Ireland, 1871 to 1909) is most famous for his drama The Playboy of the Western World.     The title of the play has become an international cliche.    (There is good article on his life, work and influence here).    He was a co-founder of the famous Abbey Theater and an associate of many of the literary greats of the period.
In his day his plays were considered quite daring in their content.

I am very glad I decided to read both of these works.  The Playboy of the Western World would probably take at the tops two hours to preform on the stage and Riders to the Sea  under thirty minutes.

The Playboy of the Western World is set in County Mayo on the western coast of Ireland.   This is what "western world" means.   The action takes place in a pub.,   The central character, the playboy, tells the patrons of the pub that he is on the run because he has killed his father.   The atmosphere of the bar is beautifully done down to the wild looking publicans daughter who is quite taken with the young playboy.   It turns out that he is only pretending to have killed his father to give himself status.

I loved the dialect and the vocabulary  used in this work.   I think done well it would be beautiful to hear.    It also brings home how important having a good story to tell was in Ireland and the role of the pub in Irish life at the time.

Riders to the Sea is a brief one act drama.   It is set in the Aran Islands, off the west coast of Ireland.   These rugged islands became the last refuge for many Catholics during the invasion by Cromwell.   A great many of the residents make their living from the sea.   The most important character is an older woman, Maurya, who has lost her husband, her father in law, and five sons to fishing accidents.   They went to the sea and never returned.  This is a profoundly sad work.

You can easily find these works online.   I read them both via dailylit.com.   They are very much worth the time it takes to read them.   I think you need to read both to get an accurate understanding of the work of Synge.

The next drama I post on will be Miss Julia by August Strindberg, followed by The Countess Cathleen by W. B. Yeats.