Banned Books Week is in its 30th year.   I will be observing the week in two ways.  I am posting a series of five guests posts, courtesy Open Road Media in which well known authors talk about what Banned Books Week Means to them.  I am also doing a few posts on short stories by authors whose work was once banned.

My posts for Banned Books Week

The Last Ones to Know: What Happens When an Author's Book Is Challenged

Writers are usually the last ones to hear if there's been a challenge to their books; it's not like there's a notification system. Often, we hear by accident, as happened in my case. I was speaking to a convention of teachers and librarians shortly after the Enchanted Forest books came out; after my talk, one of the teachers came up and told me that she had nearly been fired when a parent complained that she was "teaching witchcraft by using Calling on Dragons in the classroom." Fortunately, the principal had a sense of humor.

In 2006, the Hernando County School District near Tampa, Florida, challenged the novel Boy’s Life by Robert McCammon. The author flew down to attend the school board meeting and read an open letter defending his work. The school board decided not ban Boy’s Life. McCammon wrote: 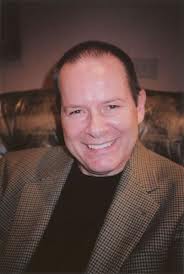 Many changes in our country have been for the better. One most certainly has not. The loss of the good guys. The blurring of white hats and black hats, until all you get is a murky and unreliable gray.

Boy's Life sets out to show the difference between the good guys and the bad guys. I suppose for that reason alone it is a hopelessly old fashioned and nostalgic book. Does it have profanity? Indeed it does, and actually more than I recall putting in there when I wrote it. Is some of it tough, and nasty, and makes your skin crawl? Absolutely yes.

You might ask why I would write a book like that, for young people to read. I would say that I did not write it for young readers. However, over the course of this book's life, it has struck a chord with young readers. I don't know why, since it's set in an era that was lost before they were born. I think it must be something universal, something of yearning and struggle and change and fitting into a world that is very often filled with frightening shadows.

One thing that I believe Boy's Life does very well. Extremely well. Is showing the difference between the good guys and the bad guys. . . .

To finish, there are so many young people who might read Boy's Life and see their own creativity take flight, and possibly their own dreams of writing come true.

And one thing they will take from Boy's Life into the future is a clear understanding of the difference between the ‘good guys’ and the ‘bad.’”

When books are banned the sound of the jack boot can be heard in the background.