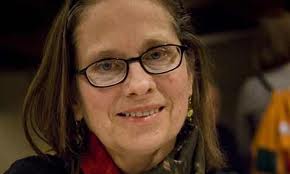 "Later I heard that after this exhibition of savages, their manager abandoned them."

Davis is known for the extreme compression and precision of her short stories.   Many of her stories are just a few lines and some just a sentence.     Given that, a ten page short story by Davis is almost like a 100 page  work by most writers.  All of the stories in "Ten Stories from Flaubert" read as if they were translations from letters or journals by Flaubert, and in most of our cases including mine, how would one  know the difference.    I will reveal enough about the stories to give you a feel for them.

"The Cook's Lesson" is that she does not know that France is no longer a kingdom but is now a republic even though there has been no king for five years.  She says the fact that there is no longer a king simply "does not interest her in the least-those were her words.    And I think of myself as an intelligent man!  But compared to her I am an imbecile."

"Pouchet's Wife" lets us in just a few sentences feel the terrible pain of a man whose beloved wife has passed.  He was a doctor and his wife, a pretty Englishwoman, helped draw him out and makes him seem more human.   The narrator says he has been told that he does not have much compassion for people, common complaint about Madame Bovary was that it looks at its characters almost like they were insects.

There is a story about a man who hates the tapeworm in his stomach so much he decides to kill it by killing himself.   There is a very interesting story about the fate of tribal people from a very primitive area brought to Paris for a show of some kind and then abandoned.

"Ten Stories from Flaubert:" is a brilliant story and helped me understand Flaubert just a little better.   In fact this morning I completed my second reading of A Sentimental Education and will post on it soon.  A few of the short stories of Davis can be found online.   I see myself buying her collection of short stories once it is available as a Kindle.