Why Is That Book Banned? Authors Share Biggest Banning Surprises

This week in honor of Banned Books Week I will be posting a series of five guest posts in which distinguished authors tell us about their favorite banned books.   I have also decided to do a series of posts on short stories by authors whose works have been banned.  I started with Franz Kafka.

Why Is That Book Banned? Authors Share Biggest Banning Surprises

Agustín B. Palatchi, author of the forthcoming book The Florentine Emerald: 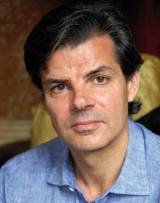 The book whose inclusion in the [banned books] list surprised me most is The Lord of the Rings, because it is supposed to be a fantasy. However, it should not be surprising. After all, fairy tales have always been the best way to reveal mythical archetypes and hidden truths to kids without censors being able to realize what lies behind the simple plot. 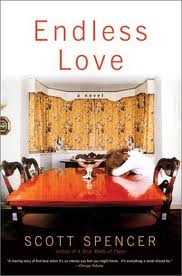 For a while, my novel Endless Love was banned from libraries in a number of school districts. As part of an evening organized by PEN to bring attention to the problem of censorship of literature, I was invited to participate in an evening of readings from various banned books at the Public Theater in New York. It was there that I met Margaret Hamilton, who most famously played the Wicked Witch in The Wizard of Oz. I read from The Bell Jar, which has been banned here and there, and Ms. Hamilton read, naturally, from one of L. Frank Baum's many novels, and by the end of her reading I was still trying to figure out why anyone in their right mind would want to pull his work off the shelves. 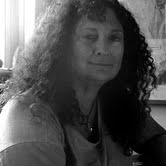 To me the most surprising of the books on the banned list are The Call of the Wild by Jack London and Sophie’s Choice by William Styron. I admit that I’ve never read The Call of the Wild other than as a Classics Illustrated title as a child, but from what I remember I can’t imagine who would ban such a book. And why Sophie’s Choice? It deals with ugly historical truths and the fallout for survivors of genocide. If you want to protect young people from the harsh facts of life, you might as well ban fairy tales and all fiction. All a child has to do is watch television, read newspapers, go online to see these things. Are you going to ban the news?

My thanks to the authors who contributed to this post.

Please share your thoughts on some of your favorite banned books with us.   What short story writers do you suggest I cover for the week?

Not a favourite but I was curious to read "The Last Temptation of Christ" by Nikos Kazantzakis which was banned in India until quite recently. I managed to get hold of a copy not too long ago though I still have to read it. The curiosity has waned, I guess. I'm also surprised at the number of classics that have been banned over the past two centuries. Those were bad times for books and authors, indeed.