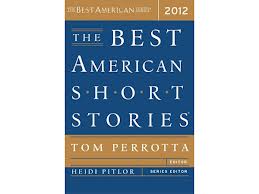 I have three "Best of 2012" short story anthologies, one devoted to British Short Stories, one to European Fiction and The Best of American Short Stories 2012, edited by Tom Perrotta.   It is my hope to finish these three collections by the end of the year    I will  keep a running best of the best contest in which I list the top five from each collection and the top ten overall.   There are about seventy stories in these collections so I hope to get a bit of a sense of the contemporary short story from this project and read some great stories in the process.   I will only be posting on a small percent of the stories as it will often take me as long or longer to write a post on a story as to read another one.

Top Five Stories So Far (with only two read)
1.  "Diem Perdidi" by Julie Otsuka
2.  "The Last Speaker of the Language" by Carol Anshaw (no post) 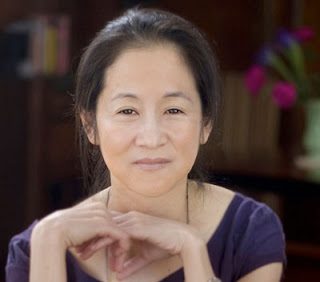 I was very happy to see a story of JulieOtsuka included in the collection.   Her debut novel, When the Emperor Was Divine, based on the lives of her parents, was set in Japanese American intern camps during World War Two.   It has received numerous awards and been greatly lauded in the book blog world.  Her second novel, The Buddha in the Attic, has also been very well received.

In the notes from Otsuka she says that "Diem Perdidi" was inspired by her observation of her mother's    extreme mental decline brought on by the failure of her memory.  "Diem Perdidi" is told in a very creative fashion.  It has almost none of the textbook elements of a short story.   Here is how it starts out and it basically goes on like this for the whole story.   "She remembers her name.  She remembers the name of the president.  She remember the name of the president's dog.   She remembers what city she lived in".   All of the story is told in sentences that begins in "She remembers".   Otsuka allows us to see the great love the daughter has for her mother and we reconstruct the wonderful person the mother was from the daughter's impressions of what she thinks her mother recalls.

Please share your experience with Otsuka or any of the various best short story anthologies with us.