For The Love of Ireland by Judy Leslie (2013

For The Love of Ireland by Judy Leslie  ( USA) is marvelous historical novel that deals with some of the central figures in the Irish struggle for independence.   The story opens in 1879 on a steamship crossing the Atlantic from the USA to Ireland.   Margaret Sullivan (all of the main characters are real) is the wife of a prominent Chicago Irish American leader and wealthy business man on her way to Ireland by herself, an amazing thing for the time, to gather material for a book on the country.   She is a journalist but has to make use of a man's name in her work as otherwise no one will take her seriously. 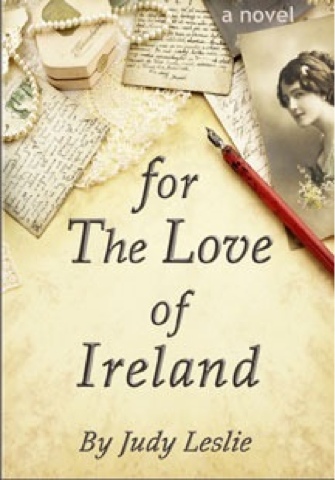 Margaret is unhappily married and becomes infatuated with one of the leaders of the Irish struggle, Michael Davitt (second in importance to Charles Parnell who also has a large part in the novel, as does his mother-you cannot get away from the Irish mother!).   She sees trouble aboard the ship but she does not really yet understand it well.   She sees terrible things in Ireland.   Leslie's description of the eviction of poor tenant farmers was very vivid and moving.   The novel is also very much about the state of the rights of women in the time.   There is a devastating scene with the mother of Parnell and Margaret Sullivan in which we see how deeply ingrained a sense of male superiority was ingrained in Irish culture.   One could see it as a way for Irish men to claim their manhood in country they live in but have little say in running.

Margaret is a very interesting person.   She does not and perhaps never loved her husband.   She married him for his social position.  Her husband, seemingly at first a very unsympathetic character by his coldness and his  brutal treatment of Margaret, loves her deeply but in his culture for  man to express love and tenderness is a mark of weakness.     Alex Sullivan is an Irish American and very important in raising funds for the struggle.    He is also a "real" figure.  His ending will shock you or at least it did me.

This is a very gripping work that kept me totally interested in finding what would happen next.   There are some very interesting plot twists and turns.   The accounts of life in Ireland were superbly well done.

For the Love of Ireland, the author's debut novel, is a very well researched, beautifully written historical novel with very interesting complex characters.  I endorse it without reservations to anyone who likes a good historical novel and i think lovers of historical fiction set in Ireland with greatly relish this book. I know I certainly did.   I look forward to reading more by Judy Leslie.


When I walked into the Antique shop in the historic town of Bellingham, Washington at the age of 21, I had no idea that I would soon become its owner and would be surrounded by things I knew nothing about. I researched everything from grandma's collectables to old tables and chairs. I quickly learned that there was a story attached to every object no matter how trivial it may seem to the average person. Old wedding gifts, items saved and sacrificed for, mementoes, useful and frivolous objects, all filled my shelves.
I lived in the back of the shop with my cat Betty, and cooked on an old wood stove that I fed with Presto Logs. In the evenings, I would sit in a creaky painted rocker, and scavenge through old black and white photographs and letters, pondering the lives of these long gone relatives. Did they know someday a stranger would be pawing their personal belongings, I wondered? I tried piecing an image together of what life must have been like when these items were new. Were these people happy back then? Had life turned out for them as planned?
When people came into my shop we would swap stories about old uncle's Joe's or aunt Gertrude's hand-me-down trinkets and what they might be worth to someone that wanted that 'junk'. Then I would remind them that perhaps they held some value that couldn't be bought. Like a child's first pair of ice skates or a set of hand embroidered tea towels made as a gift by a spinster losing her sight. Once I stirred their imagination they looked around my shop with fresh eyes and became curious about the objects surrounding them.
I would share what I had learned about whatever they were attracted to and soon they would be walking out the door with their new treasure. It was the story they bought, the article was just evidence of the legend. So, it only made sense that someday I would become a historical fiction writer.
Now, many years later with the shop long gone and countless writing classes under my belt, I'm researching the internet and locating out-of-print publications to find secrets about the past. Instead of antiques, I collect fragments of news articles about the lives of real people most have forgotten. I love doing the detective work and unwinding the threads of these various characters from long ago and weaving them back together again in a new version of their story.
My novel, For the Love of Ireland evolved from information I discovered about a Chicago couple and their connection to Ireland's Land League, and the secret activities of the Irish-American organization the Clan na Gael. If you would like to know more about my novel For The Love of Ireland, please go to www.for-the-love-of-ireland.com. There you can read about the real people my story characters are based on.
And the next time you pass an Antique shop pop in and bring your imagination with you. You never know what story you might leave with. 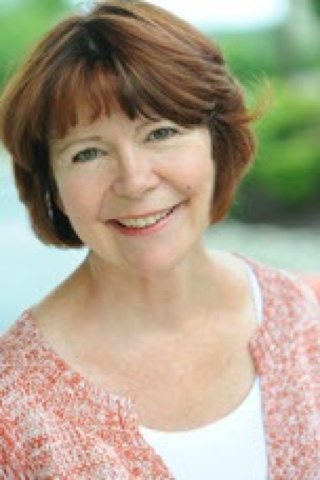