Not for Profit by Glenn Shepard, M. D., is a very gripping, edge of your seat work that amazed me with one exciting totally unexpected event after another.  Evidently, there a quite a number of what are called "medical thrillers" in which physicians use their specialized knowledge to create interesting works of fiction.  Dr. Shepard is a highly experienced plastic surgeon and he employs his knowledge very skillfully to bring verisimilitude to Not For Profit without making it seeming like we are reading a text book. 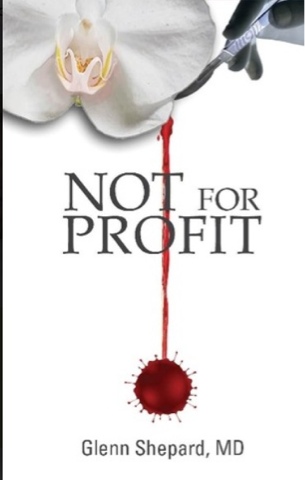 The story line begins with a very moving prologue in which the lead character does plastic surgery on a pro bono basis in a clinic in West Virginia on a woman with a cleft pallet.   The operation is described in enough detail to make us feel we are there. From there we begin the first of numerous place shifts when we are taken to Afganistan to a combat drone center.  A high value target has been spotted and the presentation of the American attack is very exciting.   Then we move around Afganistan a bit (now America's longest war) then we go to the plastic surgery clinic of a plastic surgeon in  Jackson City, North Carolina. These portions of the story are told by  in the first person.   We learn a good bit about the business side of running a plastic surgery practice. (And there is more to it than just doing nose jobs and breast implants!)

The narrative also details the activities of terrorists in the vicinity of the clinic and flips back to Afgainistan.  I was really drawn into the novel by all these place changes,trying to figure out what they have to do with each other.  I thought the author did a brilliant job creating exitement and suspense through this devise.  At every turn something unexpected happened.  I do not want to give away much at all of the great plot action but the doctor, a good man with his flaws, is framed for murder, goes up against a hospital corporation where only profits matter, there is lots of sex, and we slowly discover a vast plot involving a potential terrorism attack.   Nobody hardly is who they seem at first to be.

For sure Not For Profit is great escapist take you away from the mundane reading but it has very serious points to make about the business side of American hospitals and geopolitical issues.  As a bonus we learn a lot about orchids as growing them is a passionate avocation of the central character. We sense that the doctor draws inspiration from the beauty of the orchids in doing his surgery. He also values women to a large extent based on their looks and OK there are a lot of breast references in the narrative.

It is a very American book, the sex scenes are for sure vivid and if filmed in full would be for an adults only movie.

I liked this book a lot and endorse it with the qualification that it has vivid and violent sex scenes.

Dr. Glenn Shepard was raised on a farm in eastern Virginia. He attended the University of Virginia on an academic scholarship and majored in psychology. As an undergraduate, he lettered in wrestling for three years in a row. Then, he went on to become the only person in UVA history to letter in wrestling again in his sophomore year in medical school.
After completion of med school at UVA, he went to Vanderbilt where he completed his residency in general and cardiovascular surgery. He spent two years in the Army at the Ft. Gordon Army Hospital in Augusta, Georgia and The Second Surgical Hospital in An Khe, Vietnam. While in Vietnam, he wrote his first work of fiction, SURGE, which is on his back burner of works to dig out of the attic and publish, with major revisions, in the future.
For 28 years, he founded and directed The Peninsula Cranio-Facial deformities clinic that was staffed by volunteer medical, dental, social services, psychology, and speech pathology experts. The group treated over five hundred patients with cleft lips and palates, as well as a variety of deformities of the face and hand.
After the massive earthquake in Haiti in January, 2010, Dr. Shepard emerged from retirement and joined the Notre Dame Hospital unit in Leogane, Haiti for a 10 day rotation. His empathy for the people and their problems as well as his admiration for the contributions of time and talent from medical personnel from all over the world greatly inspired his second novel, RELIEF AID, HAITI. 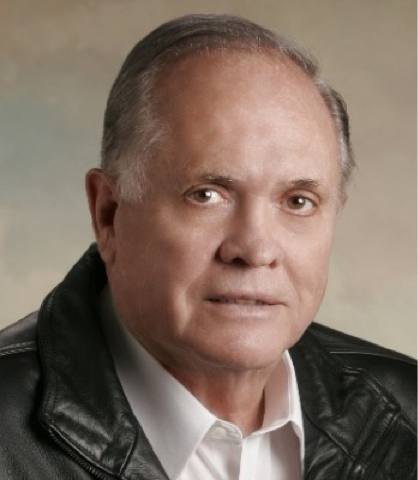 I will soon be posting a very interesting Q and A with Dr. Shepard.
I hope to read a lot more books by Dr Shepard..