This is my third year as a participant in the Paris in July Reading Event hosted by Book Bath and Thyme for Tea.   I find this a very interesting and creative event of the sort that helps build the book blog community.  You will find  lots of reading ideas on the host blogs.  I am greatly enjoying participating in this event.  It has motivated me to revisit the work of some of the true giants of European literature, Marcel Proust, Guy de Maupassant, Andre Gide, Honore Balzac ,Zola and Dumas. Today we will meet a charming Marquis more famous than all of them put together. 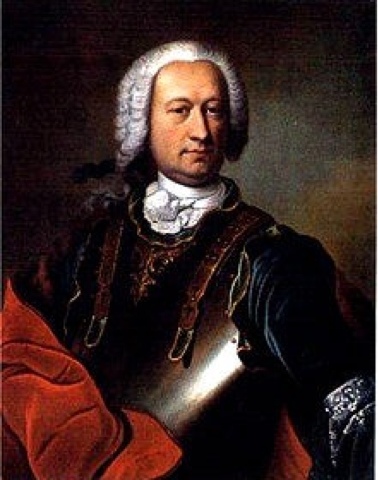 The Marquis de Sade (1740 to 1814, Paris) probably has a better name recognition than any of the great French writers on whose stories I have posted on this month.  His most famous literary works are  Justine, 120 Days in Sodom, and The Philosophy of the Bedroom.  He also wrote a number of Gothic short stories.  His works are still considered pornographic by many. At the time they were written the frank eroticism, sexual violence, anti Catholic philosophy, and mockery of marriage got him imprisoned.  If made into a movie, his major works would be XXX rated.  Historically he is seen as in away a liberating writer, fighting the regressions of the clergy.  He took a way pre-Fruedian look into the darker recesses of sexuality and dragged them out in the open for all to see.  How many writers have had a form of sexual behavior named for them?
"The Husband Who Said Mass" (translated by David Coward) exhibits many of the features of Sade's work.  It mocks Catholic clerics and the Mass, shows husbands as just idiots waiting to be cheated on, wives as insatiable beasts craving massively endowed lovers, and depicts, in a very mild way, sexual gymnastics right out of the latest video. There are three main characters.  One is a Carmelite Brother, an order of clerics the narrator tells us are famous for having large male endowments.  Sade loves a wicked joke and this makes us think how could an order of men bound to celibacy get such reputation? The brother is in love with a local married woman and she wants to find out if the rumors about Carmelites are true as her husband hardly qualifies for membership.  The brother tells the woman's husband he cannot say the next mass and persuades her devoutly Catholic husband to fill in for him, thus providing him an opportunity to fill in for him in the bedroom.  The wife falls in love with the Carnelite as soon as she sees he is very qualified for membership in the order.  Later the husband will talk to him about the mass and how much he thanks the brother for letting him fill in for the priest.  The priest says "don't worry, I will let you do it a lot from now on".
I read this story in The Oxford Book of French Short Stories.  You can read it by downloading a sample of the Kindle edition of the book.
Mel u

One of these days I'll get serious about French literature. I've read some Camus and "Candide" and "Madame Bovary" and not much else. This series of posts is going to inspire me to go on a French lit binge, I swear. But where to start?

Mel, you read some deep and complex litterature. What a fascinating post about this french author and his topics. I dont think its a genre I could get into at this point in my life, but I'm inspired by your post to consider reading some french authors from another time. Thanks