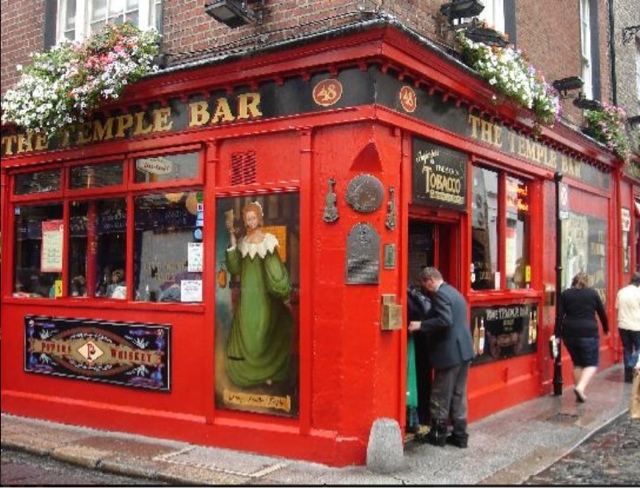 Please consider joining us for Irish Short Story Week, now set to end May 1 (yes long week).  There are lots of links to stories you can read for the event on my resources page.   All you are asked to do is to post on at least one Irish Short Story and let me know about it.  I am very open to guest posters and joint mini-events.   If you have any questions or suggestions,  please leave a comment or email me.

During Irish Short Story Week last year I posted on two short stories by Anne Enright, "Natalie" and "The Bed Department".   I enjoyed both of these stories a lot and I am glad that The New Yorker has placed these two stories as well as "Della" in the free area of their archives.   I will just do a very brief post on "Della" as my main purpose here is to be sure people know you can read contemporary top name Irish Short Stories for free.

Anne Enright (1968-Dublin) won the Booker Prize in 2007 for The Gathering.   Enright graduated from Trinity College in Dublin following in the footsteps of Jonathan Swift,  Bram Stoker, Oscar Wilde and Samuel Becket.  Enright worked in television as a producer of children's programs before devoting her full time to writing in 1993.  She is married and has two children.

"Della" is a very well done and is well worth the few minutes time it will take you to read it.   It is about a lonely old woman and an even more lonely old man who lives in the apartment next to her.   Both live by themselves and are really past the age where it is safe to live alone.

As the story opens Della is awaking from a dream about naked boys swimming besides a stream.   I will quote a bit so you can assure your self of the excellence of the prose of Enright.

The man next door was going blind, but he didn’t seem to notice it. Della felt obliged to point it out to him, even though it was none of her business and she didn’t really know what to say. They had lived side by side for more than fifty years, but they never got on much. Della had liked his wife, but she was dead a long time now, and he had never been chatty. Besides, his manner with children had stung Della when she was rearing her own. Her five and his two, all gone.At least hers came back now and again—his didn’t darken the door—but they were scattered, and Della, left to herself for long stretches of time, was prone to forgetfulness and thoughts about birch trees and naked boys she had never known. Sometimes, from next door came a scratching or tapping, which made her think, What could he be up to in there? Other times, so much silence that she wrote it down: “16th October—no noise,” trying to keep track of things, in case the man died. Despite the fact that she couldn’t remember what year it was. 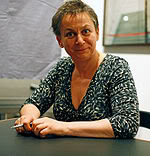 The man next door seems to be her only human contact.   She listens to the sounds she makes and wonders what he could be doing.   If she hears no sounds for long periods of time she wonders if she should try to get in touch with the children of the man, if she even can.   The man may be healthier than the woman thinks.   The story is a straight out of the Frank O'Connor play book short story, you introduce some lonely people with no voice in society, let us get to know them, then something dramatic happens from which the main character in the story learns something.

Will give this story a try, Mel. I read Natalie last month, but didn't like it very much. Great photo though. I recognize Temple Bar from the Historic Dublin Pubs documentary I watched on Netflix for St. Patrick's Day!