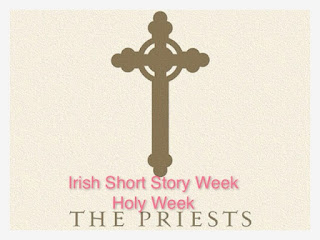 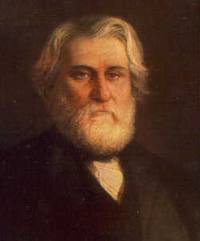 My Prior posts on Turgenev

Please consider joining us for Irish Short Story Week, March 11 to July 1 (yes long week and I feel an Irish Short Story Year might happen in 2013).   All you have to do to join us is to post on one or more Irish short stories or a non-fiction book that relates to Irish literary culture and let me know about it. I also welcome guest posts.   Everything you need to participate is in the resources page including links to 1000s of stories.  As of today I am opening up the event to Latin American writers of Irish descent.   This will be harder for those of us who do not read Spanish to explore (there are stories in English) but it is important to me to show the vast influence of the Irish Short Story Writers.  I am also as of now opening the events to Irish New Zealand writers.  I plan to add resources on these areas soon but I do need help on the Latin America area.   There are plans for Argentine Irish Day in the works now.

Frank O'Connor loved the short stories of Ivan Turgenev (1818 to 1883.)   He said if he were forced to name the two best short stories ever written they would both be by Ivan Turgenev.  Ford Madox Ford said Turgenev's short stories were among the greatest of all cultural treasures of humanity, and he is including the great art and music of all time.   With these preliminaries out of the way (there is some background information on Turgenev in my prior posts on his work), I am very happy to announce that Turgenev has made his way to Dublin.   He left from Paris in the company of his best friend Gustav Flaubert.  Flaubert will not participate in this event but I highly advise reading his Three Tales before you say he was not a short story writer.  The time is 1858, they arrive by steamship in Dublin in early fall evening.   A private escort has been arranged for them.  Expenses are of no concern as Turgenev's family owns five thousand serfs and miles and miles of land.  There first order of business is to request a tour of night town.   They will both stay with us for the duration of the event and will be at the party at Dunsanny Castle on July 2.


"Father Alexyei's Story" is about a Russian Orthodox priest.  ( Russian Orthodox priests were allowed to marry.)    The story is told in the first person by a man recalling his experiences of twenty years ago when, as a private inspector, he would make the circuit of his aunt's vast estates.   One of his job was to pay calls on the parish priests on the estates. All of the priests pretty much seemed the same to him except Father Alexyei.  Unlike the other priests he never asked anything for himself and had the most sorrowful and overwhelmed look he had ever seen on a human face.   He asks us the priest to tell him why he so sad and the rest of the story is taken up with the priests story about how his son has ruined his life as well as his own.

The story is fully worthy of the claims O'Connor and Ford Madox Ford make for the work of Turgenev  I will not tell the father's story.  If you want to read it you will find it here.

Now that you and Parrish have talked about him well, I will have a check on Turgenev's works. Do you know of someone celebrating Russian works like you do with Irish writers? How about we post tomorrow about N. V. M. Gonzales? My post will be ready today. Please let me know. Thanks!

Hi Nancy his best known work is Father & Son, but if you want to try something lesser known try On the Eve or you could try the short story collection that made his name originally Sportsman Sketches, if you want to try a contemporary writer who's work has that Russian essence try Olga Grushin's The Dream Life Of Sukhanov, I loved it & posted on it.
Hope this helps.

Parrish and Nancy-great suggestions on Turgenev-I see me being able to post on N. V. M. Gonzales by the end of the week-I will work on a way to tie their story in with ISSW2