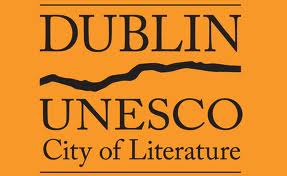 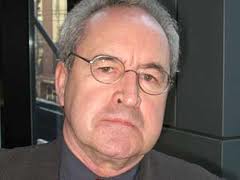 John Banville is one of four Irish authors to have won the Man Booker Prize awarded for best English Language fiction by an author from the British Commonwealth, Ireland and Zimbabwe.    The other Irish winners are Anne Enright, Roddy Doyle and Irish Murdoch.

John Banville (Wexford, Ireland, 1946) won the Man Booker Prize in 2005 for his eighteenth  novel, The Sea.  I  read and posted on his novel Infinities last year (I went to the store to buy The Sea but it was not in stock.)  He has also published a collection of short stories Long Lankin in 1970 and revised it in 1984. (I do not know where or when "Nightwind" was first published.  I read it in The Anchor Book of New Irish Writing published in 2000 so I am using that date.)   According to my brief research, he is considered a good candidate for a Nobel Prize.

Some of the short stories that I am posting on can be read online and some cannot,   "Nightwind" cannot.   I will keep my posts briefer on stories it will be harder for others to read.

"Nightwind" centers on an actor. maybe a man a bit past his prime and one a bit addicted to the limelight.   He feels his status as a star means that all of his utterances and actions are worthy of great attention and he is annoyed when he does not get this.   The word "Nightwind" has an slang meaning and I am sure Banville is playing on that.  It means passing gas in bad and then forcing your partner's head under the sheets to make them smell it.  This evidently meant as a sort of test of your partners love and maybe to see if they will take abuse in the name of love.   The man is used to women throwing themselves at him.   Much of the story is taken up with the man's conversation with a woman he knows, who he makes sure knows that he has a lot of women at his beck and call and a theatrical professional who no longer has the time for him he once did.

As I knew it would be, this is a very good story that brings out the petty vanity of the actor very well.  We also see he is blind to the sycophants who surround him and to those who just now humor him.
Mel u