"An Authentic Narrative of a  Haunted House" by Joseph Sheridan le Fanu (1861, 22 pages) 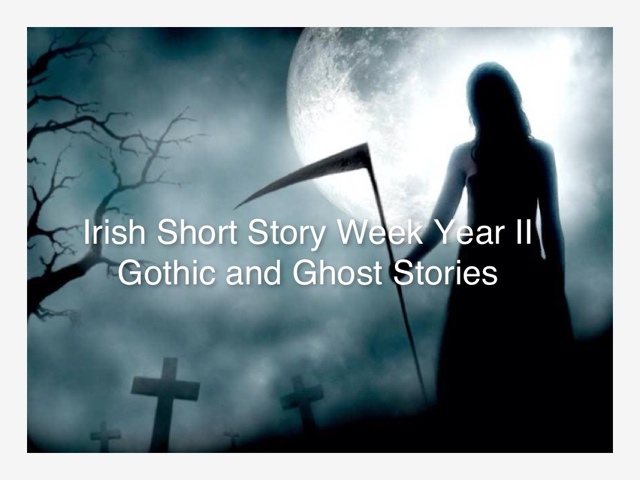 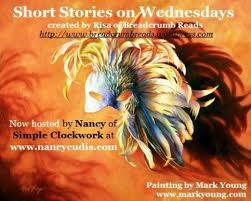 Joseph Sheridan le Fanu (1814 to 1873, Dublin) is at the very least the best 19th century writer of ghost stories.   He also created the first lesbian vampire, Carmilla.  He is a really great writer and almost everyone who reads one of his works goes on to read more.   Last year during Irish Short Story Week I posted on "The Child Stolen by Fairies" which really should be must reading for anyone who likes paranormal short stories.  (I have also posted this year on two of his Ghost stories and last year I posted on his simply marvelous novella, Carmilla-there is additional background information on le Fanu in these posts.)   He is descended from 17th century French Huguenots.

Le Fanu often uses a framing device as part of his narrative structure as do many writers of short fiction from his era.  In "An Authentic Narrative of a Haunted House" he presents the story through an editor of University Magazine who is explaining to his readers that he is presenting this story as piece of genuine factual reporting by a reliable informant about his encounter with what would commonly be called ghosts.

The story is told in the first person by a man who has been advised by his doctor to take up residence by the sea.   He and his wife are pretty close to invalids.  They take their routine of six servants and their children to their new house.    The fun of this story is in the slow suspence le Fanu bills up so skillfully and the very matter of fact way the story is told.   The first sign something is wrong is when his wife, they have their own rooms, insists there was a stranger in her room.   Soon the servants report seeing intruders.  At first it is thought they are simply real people coming into the house as the sea coast area has a lot of smugglers and such who may just be trying to scare them out of the house so they can use it for their operations.   Then he starts seeing spectral guests also.   To make it all the strangers, his servants each describe encounters with people that he has seen in the house also.   It is too much to be just dreams as people always first say about ghosts.

If you enter into the spirit of this work, in more than one way, this story will scare you.  I will leave the rest of the plot untold but is really is a very enjoyable work that backs up the claim that le Fanu is one of the great paranormal writers.   His influence on writers like Lovecraft and Montague Roberts was huge.

You will find a link to it through the resources page for the event.

I will next post on two Ghost Stories by Elizabeth Bowen.