March 11 to July 1
Plans and Projects 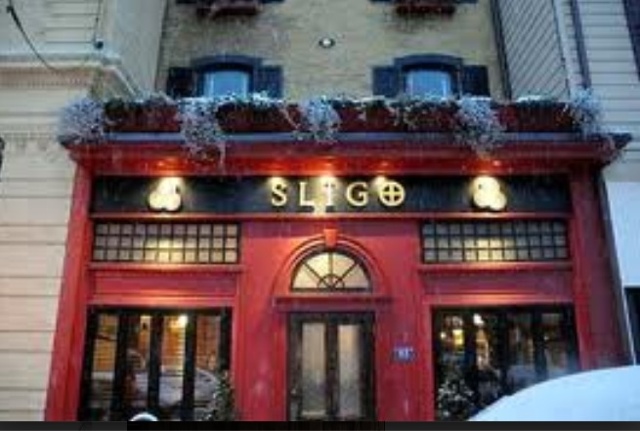 Please consider joining us.   All you are asked to do is post on one Irish Short Story or a book related to Irish Short Story such as Richard Ellmann's biographies of James Joyce or Oscar Wilde or The Great Hunger:  Ireland 1845 to 1849 by Cecil Woodham-Smith.   Guests post are very welcome as are joint projects.  If you have any questions, suggestions complaints about the event please leave a comment.   All of the links you need to join in are on the resources page.

The cultural and literary influence of Irish Short Story writers is simply immense.  The literary techniques created by James Joyce have been behind almost every literary innovation of the 20th century and there is no sign of anyone coming along to take his place.  Just to give one example, the methods of magic realism that dominates the literature of Latin America (and literary fiction here in the Philippines) comes right from parts of Ulysses.    Oscar Wilde helped created a new sensibility.   Bram Stoker and Joseph Sheridan le Fanu  started the vampire craze that still has the world in its grip.  Samuel Becket wrote the most important plays since Shakespeare.  Elizabeth Bowen's World War Two Stories are world class cultural treasures.   There are easily fifty Irish short story writers of world class quality.   The whole of human experience is in the Irish Short Story.   Ireland has had four winners of the Nobel Prize for literature.  Not bad for a country one percent the size of Australia with a population less than twenty five percent of that of Manila.  The stories are  also a lot of fun to read and are works of great beauty.   The stories are very diverse in style and none are at all uninteresting.

Plans for The Next 85 Day

I am sort of structuring my event in two ways, one through a series of projects, some short term and some for the full length of the event, and secondly through reading and posting on the stories in four well known anthologies of Irish Short Stories.   I know a lot of these stories cannot be read online but this cannot now be avoided.   These stories are about 40 in number.  I already have posts written out on some of them for May.   In this I have the security that the stories have been selected by authorities in the field.

I began this as a one week event but it is now running full term.  I have already posted on five writers and have five more in the que.   I know there are 100s of great choices but my problem is to find the works, read them and get in contact with the writer to secure their consent.  I prefer that the reviewed stories be online so others can read them and I do prefer authors with blogs or web pages but I am not rigid on this.  I would like to find five to ten more writers to include and I am requesting suggestions.

Susan of You Can Never Have to Many Books and I will do a joint post some time in April on four short stories of Bernie McGill and will also post on her novel The Butterfly Cabinet which is getting great reviews.   We hope to interview Ms McGill.

I hope to dedicate a week to collections by Desmond Hogan, Claire Keegan, and Colm Toibin.   There will be a guest post by a distinguished Irish short story writer who has been reading the work of Desmond Hogan for many years and knows him personally.  The event on Desmond Hogan will take place in the first week of June.  The others are not yet scheduled.

There will be as planned now several theme weeks.  (weeks can overlap and will not all start on Monday or Sunday)

Gothic and Ghost Story Week-hosted by Charlotte Riddle.  Bram Stoker, Joseph Sheridan and maybe Lord Dunsanny will be here and I think Guy de Maupassant will be here as an honored guest.  I will also probably post on at least one of Elizabeth Bowen's Ghost Stories.

Nobel Prize Winners Only Week-four days with a guest from India with a heavy Irish connection.

A Fortnight with George Moore and William Carleton.

Stories of the Irish R. M.

A Guest post by a leading expert in the short story on Kevin Barry's new collection of short stories.

A Guest post by a brilliant professor at a well known Japanese university (her field is the Victorian novel, taught in translation)who is an authority on Dickens and Charlotte Bronte) on James Montague.  This may be a joint post.

Nuala Ní Chonchúir has been listed for the very prestigious Frank O'Connor Award for best collection of short stories for her soon to be published collection Made in America and I am very happy to have the opportunity to be the first poster on this work.

A Small number of the world's greatest short story writers, all with Irish connections, will be here as guests.


Anton Chekhov has already arrived.  Ivan Turgenev will be here very soon.  It is hoped Flannery O'Connor, the great Irish American short story writer will be here on April 15 or so.  Guy de Maupassant is also coming and may bring his mentor with him.   Mr. Tagore is coming from Calcutta.  So far these are our only confirmed guests.

My great thanks to all of who have joined in and for all who take the trouble to leave a comment.

Wow! Until July! That's quite an extension. But I can certainly see how it would happen. Just so many great writers to read! I'll probably have another short story collection between now and then; I'd meant to get to three books for the week, but only got to two, so that will work out brilliantly for me. I'm looking forward to all your discoveries and events!