"The Poteen Maker" by Michael McLaverty 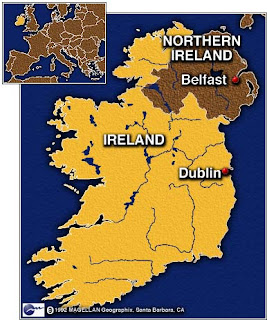 Please consider joining us for Irish Short Story Week Year Two, now  set to run until May 1.   To participate all you need do is to post on one Irish Short story or a related matter and let me know about it.   You are also welcome to guest post.   You need not follow my schedule at all.  I am updating all posts by participants periodically and at the end of the event I will do a master post spotlighting the blogs or writings of each participant and it will have a permanent place on the fixed pages below my header picture.
I think I have yet to post on a work by a writer from Northern Ireland  but with Michael McLaverty I am moving to fix that hole.  McLaverty (1904 to 1992) was born in County Monaghan and then moved as a child to Belfast where he spent the bulk of his life.  He was a teacher and a principal in addition to writing two novels and a number of short stories about life in Northern Ireland. 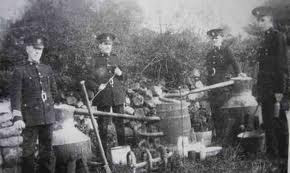 "The Poteen Maker" is told in the first person by a man recalling an old teacher of his,  (I confess I did not know that poteen is high potency alcoholic drink made from the first distillation of fermented mash in the process of whiskey making.  All whiskey had to be taxed by the government and poteen was home made and untaxed).  Making poteen was declared illegal in 1691 but that never stopped anyone.   I have never experienced this but my guess is it packs a real kick and produces a mean hangover and is probably not real smooth.  Brewing it was kind of a way an ordinary citizen could try to assert his independence from the British. 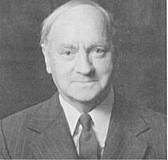 It is interesting to learn from the story what when on inside a small school with one room and one teacher.   One day the boys come a bit early and they see the teacher boiling some brown liquid in a bunsen burner.   The teacher says he is preparing for the class a demonstration of how to purify dirty water so the boys will know how to do this one day.  Then of all the luck the district school inspector walks into the school and "what is going on".  With a wink and without the boys ever the wiser the two men share the first shots of the poteen,

"The Poteen Maker" is very enjoyable story.  I would happily read more of his work.  I read this story in William Trevor's Oxford Book of Irish Short Stories.

The Ulster County historical society has a very informative article on McLaverty.

I know this is an old blog, but felt compelled to add a quick note.

I'm Irish (south rather than north) and I love The Poteen Maker. It was actually the story, more than any other, that drew me into the world of literature as a young teen. It was on the school curriculum here, and our evangelising and much-loved English teacher clearly loved it, and through the alchemy that the best teachers possess he transferred that love to us (or me, at least).

I haven't read much of McLaverty's other work, but The Poteen Maker is well worth seeking out. It's very much of a time - Ireland of 2016 (with Waking the Feminists, Repeal the 8th, marriage equality and the much-diminished authority of the Catholic Church) is a markedly different place now than it was when this first came out in 1978. But lots of rural Ireland, mindsets and landscape, will not have changed greatly. And while it may grate, the Church still has an iron grip on so much primary school education (ages 4 to 12).

For a nice contrast, read McLaverty with some of the new rural Irish short stories of, say, Colin Barrett (The Clancy Kid, Kevin Barry (Fjord of Fillary) or Mary Costello (title story in The China Factory).

Irishwritingbllog. Thanks so much for this comment. I love irish literature and appreciate your insights