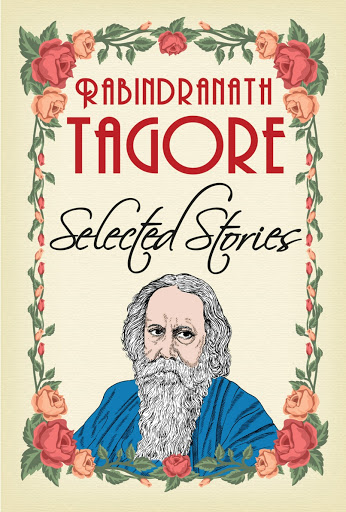 The first Asian Nobel Prize winner  was Rabindranath Tagore who won in 1913 for his vast output  of poetry and short stories.    Tagore (1861 to 1941) was born in Kolkata, Indian into a family whose wealth and life style can now only be seen in movies.    His father owned an estate so huge that at one point in his life Tagore traveled through it on a luxurious barge and was met on the river bank by tenants paying token rents to him.     Tagore was educated in classical Indian literature and at age eight began to write poetry and ended up reshaping the Bengali Language.      His moral authority became so great that he was able to write the national anthems of both India and Bangladesh,.   He is considered prior to WWII and perhaps even now the most widely read Indian author both in the west and in India.   He wrote a lot of very much loved short stories, mostly in Bengali.   His stories are almost like parables and read like they could be from the wisdom books of any of the great religions.

I have been Reading the short stories of Rabindranath Tagore on and off for about six years.  I was happy to find a few days ago a digital edition of his selected stories for sale for $0.99.  Yesterday I read for the first time a very interesting story about the relationship of a spoiled young man and his tutor.

The father of the young man lives from the interest on money he inherited from his family.  Until, somewhat late in life, his wife finally has a child, a son, he is very tight with his money.  Gradually he gets used to spending money on his son.  He hires a distinquished tutor but a riff develops between the tutor and his son.

One day the son of one of the families cooks brings her son to work.  The father finds out young man is an accomplished scholar and he offers him a job as live in tutor.  His son and tutor bond, the boy calls him “Master Mashai”.

A lot will happen, much of it very sad, as the plot advances and the boy ages.  I will leave the remaining plot action unspoiled.  The characters are all very well done.

Selected Stories of Rabindranath Tagore is published by General Press in New Delhi.  I wish they would have included the first publication data for the stories and credited a Translator but for $0.99 I guess you should not complain too much.

You may read the story online here
http://www.online-literature.com/tagore-rabindranath/stories-from-tagore/5/

Well, I suppose for such a bargain price, one cannot complain but, still, someone must have translated the work, and it is always very helpful to know the details surrounding earlier published versions, so that one can better understand the context of the author's work at that time. Still, it must be nice to have copies of the stories at hand now.

Buried in Print. I agree. One of my Pet peeves are short story collections and anthologies that leave out this data.

Thank you very much for sharing this story, Mel. I just finished reading. Despite singing the National Anthem everyday in school, I have never read Tagore's stories. The Universe had wanted me to wait and meet you online. Smile.

I enjoy this story. Of course, I liked the Master and I loved how the story ended. Since this is my first story of Tagore, I want to read more of him. I understand your point on not including any publication details. Chennai, the place where I live, will host a large book fair in January. I will be able to see a lot of Indian books. Let me see if I can grab this in the fair.

Thank you again for sharing, Mel. I am slowing working my way through your other posts.

And I hated the boy Venugopal. Maybe, because I loved the Master. :)

This also reminded me, a wee bit, of Adichie's 'Apollo'.

Hi. I just finished reading an Urdu translation of this story. This version has a sub plot at the start which brings the main story in the form of a past narrative. The one one you shared above in English doesn't have this sub plot. I m wondering if the translator took the liberty of adding this or was it in the original text as well!