Frank O'Connor: Two of His Most Famous Short Stories 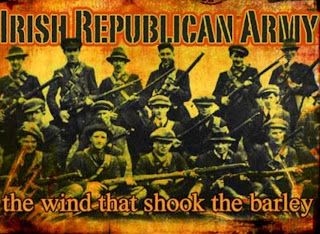 I listened to Galway Bay F.M. 95.8 Radio, playing tradition Irish music while writing this post.   I recommend it if you like background music with your Irish Short Stories. 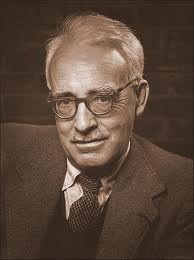 James Joyce called Frank O'Connor "The Chekhov of Ireland".   Born as Michael O'Donovan in 1903 in Cork City, Ireland, Frank O'Connor was a very prolific writer with about 150 works to his credit.   I think it is for his short stories that he is most loved now.


O'Connor in 1918 joined the Irish Republican Army, during the Irish War for Independence.  At the end of the war he was imprisoned by the new government for about a year because of his opposition to the Anglo-Irish Treaty of 1921 that ended the war.


After getting out of prison, O'Connors worked as a librarian, teacher and was named as a director of the famous Abbey Theater founded  by William Butler Yeats.   In 1950 he moved to the USA to accept a teaching position.   He began to publish short stories in The New Yorker to great acclaim.   He died in 1966, he had three children and an ex-wife.   The most prestigious prize in the world for Short Stories is the Frank O'Connor International Short Story Award for a collection of works by one author.   It is hosted in

Frank O'Connor is the author of the only book on short stories worth reading, The Lonely Voice:  A Study in the Short Story (1962).   I have read parts of it numerous times.   There are some maddening things in the book, O'Connor was a man of strong opinions from a time before "political correctness" took over in the universities and some of the things in the book that he says about Gays, Jews, and Women will put people off but I do not think he meant anything malicious by them.   I think a very good course in the short story could be devised by reading all the public domain short stories mentioned by O'Connor with him as our first look.   (There is more on The Lonely Voice in my post on it.   If you love the short story, you will love it more after you read this book, or at least I did).

A lot of what I know about Frank O'Connor comes from the very well done introduction to The Best of Frank O'Connor by its editor, Julian Barnes and he indicates that O'Connors very young experience as a soldier (he joined the IRA at 15) shaped much his outlook on life and his writing.

"The Guests of the Nation" is an amazing story about the horror of war with all its incumbent cruelty.  The guests of the nation are two young English soldiers being held as prisoners of war during the War for Irish Independence.   One of the men is very out going and talkative and is friends with all of the Irish soldiers holding him captive.   The other man is quieter but he befriends is a very touching way an elderly Irish lady with no one to help her.   Some of the young soldiers know why they have the captives, if the English shoot any of the captive Irish Soldiers, these  men will be shot  in retaliation.   Here are the last lines of this haunting very honest story

"I was somehow very small and very lost and lonely like a child astray in the snow. And anything that happened to me afterwards, I never felt the same".

"The Majesty of the Law" is a simple story about respect and pride and the price one sometimes has to pay for these things.     It is about an old code of honor which might have been passing into relevancy as the horrors of WWII began to overtake Europe.   I loved the opening of the story as it gives us such a great feeling for the central character of the story.

"Dan looked after his mother while there was life in her and after his death no other woman crossed his threshold.   Signs on it, his house had that look".

I do not want to tell much of the plot of this story but it is a very moving tale about a man from a the fringes of society, someone with no one to speak for him, a lonely man.   It is this that O'Connor says is the theme of the most powerful short stories and for sure both of these stories fall under that description.

One story is about an old man whose future is ruined by his own pride.  The sad thing is no body even pays any attention to him.   The other story is about young men used as pawns in a larger theater.

Frank O'Connor is one of the greatest of all short story writers.

Please share your experiences with Frank O'Connor with us.

I've just put up my Irish Short Story post and co-incidentally, my favorite story of the four that I read is a Frank O'Connor story called First Confession.
Anyways, here is my post http://kafkatokindergarten.blogspot.in/2012/03/irish-short-story-week-four-tales-and.html

I discovered Frank O'Connor a couple of years ago through his story "First Confession" - it was excellent!

I had to read "First Confession" in school and I didn't understand the moral or the message.