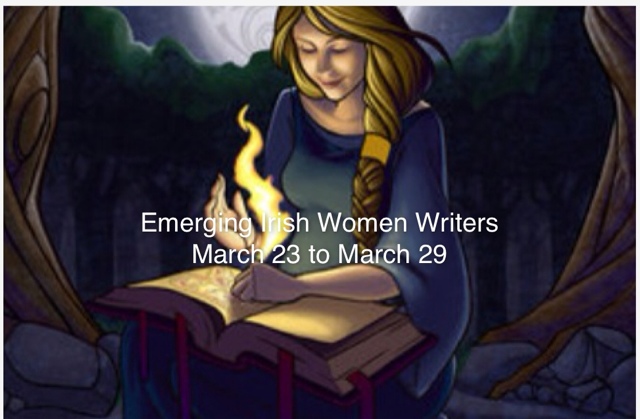 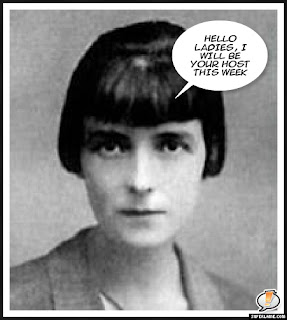 I have decided to add another "event" to Irish Short Story Week Year Two.   Running at the same time as Irish Folk and Fairy Tales Week (March 23 to March 29) there will also be a a series of seven posts on emerging Irish Women writers.    Up until fairly recently, the Irish short story  was a male dominated genre.   Of the 46 stories included in William Trevor's Oxford Book of Irish Short Stories only seven are by women.   Of the 15 stories in Frank O'Connor's collection Classic Irish Short Stories, only three are by women.   Things get a bit more balanced as we advance to 2010 and New Irish Short Stories, nine out of 27 stories are by women.   I have not seen the collection of short stories edited by Anne Enright but is is restricted to authors born in the 20th century so perhaps it is better balanced.  If you look at some of the online literary journals, I have added a link to a very well done comprehensive list of UK and Irish Literary Journals on my resources page (126 in all).   I took a look at some of these journals and my quick take was it was at most 25 percent women contributing to short stories on these journals.   This is part of the reason for Emerging Irish Women Authors Week.  Another part of the reason for this, a personal reason, is that I have three teenage daughters, 14, 16, and 18 and a 26 year old step-daughter so I want to do what I can to increase my understanding of the world they live in and see.  It does not always overlap with the world I live in!   For another reason, I really just want to do this!   I have found some great stories already.  All stories featured can be read online for free and most of the authors have webpages which I will list when I can find them.  My criterion for emerging is sort of a rough one.  If you have published a few short stories or even one or two novels but still do not have a Wikipedia page dedicated to you then you are an emerging writer.  Defacto this means most writers will be relatively young but this is not always going to be true.

"The Mouse" by Kate Ferguson is the first story I will feature.  I really loved this work.  I will talk about it briefly in a bit but it shows how one seemingly small incident can shape one's feelings for a long time and it shows how the micro in life reflects on the macro.  Or as William Blake said it teaches us to "see the world in a grain on sand".

Kate Ferguson studied English Literature and Psychology at Trinity College, Dublin. While at University, she was editor of the Life Features page of The Record and The University Times and contributed toIcarus, Miscellany and Trinity News. She has written feature articles for the Irish Times and The Vienna Review and spent a week working in London at the Comment is Free section of guardian.co.uk. In the summer of 2009 she received a scholarship to study journalism at The University of Bayreuth in Germany, where she had the privilege of working with student journalists from all over the world.   She is currently working as an English teacher and is an aspiring novelist.   Additionally on her web page she tells us she now lives in Berlin and is doing an internship at Spiegel Online International

As the story opens the narrator of the story, seeming a woman 22 or so and her father are relaxing together in the kitchen.   Then in a flash something darts across the floor.  At first they think it is a daddy long leg but they soon realize it is a mouse.  The young woman and her mother are very afraid of the mouse, being a bringer of disease and all that.   At first they think he is gone then he is seen in even more private parts of their home.  The woman, just out of college is out of work and is spending a lot more time than normal with her father.  The bond between father and daughter is brilliantly done.   The father is the honorary editor of a historical journal and much of his time is spending working on this.  He describes himself as a "literary layabout" (sort of like me and my blog I thought).  His daughter, times are hard, has applied for a lot of jobs but the one she really wants is as an intern at The Irish Times.   She has gotten word that out of six hundred applicants, she will be one of eight to have a final interview.


In the mean time the mouse is getting ever more intrusive, popping up in all sorts of places.   The father sets out traps for him, traps that will, of course, kill him.  The young woman is very upset by this.  She has looked into the eyes of the mouse sees him as a fellow creature looking for his way in life just like she is.  Maybe she also some how sees him as trapped in the house just like she by her lack of an income.  She goes to the store and buy a "humane trap" that is supposed to not harm the mouse.


I do not want to tell anymore of the plot as the ending is just so perfect.


Read "The Mouse" by Kate Ferguson at Wordlegs, a very well done online journal with poetry, short stories, flash fiction, reviews and other interesting features.  It has been up for three years now and looks like a great source of interesting material.  It is hosted in Ireland and most of the writers, not all, are Irish.   It is free, come out four times a year and I am happy to be a new subscriber.


Ferguson has a very interesting webpage.


I really like this story a lot.   It reminded me of something one of my favorite short story writers, Katherine Mansfield, might have written in her younger days.  I thought the short showed tremendous emotional intelligence.


I hope one day to read a collection of her short stories and I would not be surprised if someone should host an Irish Short Story Week twenty years from now to see her as one of the highly regarded writers of the day.  I certainly hope so!


Let me know if you have a suggestion for a writer who I might feature this week.


If you do decide to read this story, please let us know how you liked it!

Great idea Mel, also will add wordlegs to my Pomesallsizes page, thanks.