"The Confession" A Short Story by Brazil's Greatest Writer 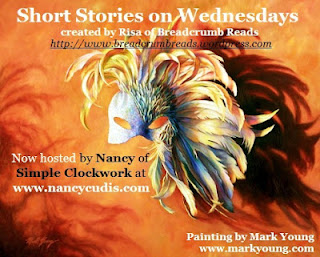 I have been participating in a very good event, Short Stories on Wednesday, started and maintained for a long time by Risa of Breadcrumbreads so I was very sad when Risa announced she would no longer be blogging . I always feel bad whenever a book blogger decides to give up blogging but her reasons were very sound.   I hope she will start again one day.   I was very happy when Nancy of Simple Clockwork decided to continue the event.   Nancy, like myself, lives in the Philippines so this was an extra source of pride for me.   Nancy and I host together The Philippino Short Story Project which is devoted to reading and talking about pre-WWII short stories by authors from the Philippines.   Our project on Short Stories of the Philippines (there are hundreds of old stories online and this is pretty much unexplored area of literature, at least on the web) is open to all and you will find resources on Nancy's blog and my own.

When Amateur Reader (Tom) of  Wuthering Expectations announced his Portuguese Reading Event I knew I wanted to participate.   Works included were those written originally in Portuguese and available in English translation.    The work also had to be have been initially published no later than 1920.   I at first hoped I could find short stories written in  the old Asian colonies of Portugul like Malacca or Genoa and I thought surely Portuguese colonial administrators or soldiers would have written short stories based on their experiences in the vast Portuguese Empire in Africa.   I found nothing when I looked for such stories.   Happily I did find a real treasure in the form of a book from 1920, Brazilian Tales, edited and translated by Issac Goldberg which had short stories by four leading 19th century and early 20th century Brazilian authors.    So far I have posted on "Aunt Zeze's Tears" by Carmen Dolores, a story about the unrequited love of an old maid, "The Pigeons" by Coelho Netto, a very good story about the lives of ordinary rural Brazilians, and my favorite, "The Vengeance of Felix" by Jose Medirios E. Alburquerque, a delicious tale of revenge set in the favelas of among the cariochas of Old Rio. 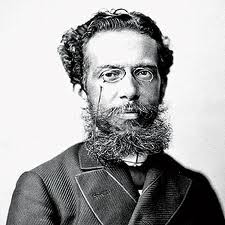 Amateur Reader has posted a lot of very interesting and informative posts on Assis.   He was born in Rio de Janeiro in 1839 and died there in 1909.  He was a very productive writer in numerous genres, including the short story.   He had a great deal of literary influence in Brazil.   His father was a wall painter descended from slaves and his mother was a washer woman.    He was very lucky in that his parents were the servants of a wealthy Brazilian politician whose wife and brother in law became Assis's godparents.   Through desire and good luck he met people who taught him to read French and introduced him to the reading life.   He got a job as a tyopgrapher's assistant on a newspaper and soon began writing for the paper.  He also learned English.   Marrying into a family that did not approve of him because he was a mulatto, he got a government job and because of his high intelligence and self education began to rise up in the ranks.   He was a supporter of the Brazilian monarchy and on the establishment of the republic he began to write in a way that was seen as quite critical of Brazilian society.   He began to write more and more literary works.  ( There is a good article on him here.)

"The Confessions" is set in rural Brazil in the late 19th century.  The story is narrated in the first person by a man in his thirties or so, no family ties.   He has worked at a number of jobs but now finds himself out of work but he is offered a job as a caregiver general servant for a well of retired man know as "The Colonel".
The colonel suffers from a number of serious illnesses including dementia.   He lives alone on his estate but for a cook and a few other servants.   He is so insulting to his servants that nobody works for him very long. The man learns to take the insults of The Colonel but one day when he begins to beat him about the face with his cane the man loses control.   The rest of the story is very interesting and quite insightful in its portrayal of the master-servant relationship.   As you can easily download this story I will leave the remainder of the very unusual  plot untold.

I enjoyed this story a lot and I thank Tom of Amateur Reader for motivating me to expand my reading into Brazilian short stories.

Email ThisBlogThis!Share to TwitterShare to FacebookShare to Pinterest
Labels: Brazil

He's a fascinating figure, isn't he. with a unique background. Unique talent, too.

I do not remember why I did not write about this story. It is one of his best. It is unusual in that it is not set in Rio de Janeiro, but otherwise is representative - the suspicious narrator, the plot that takes an ironic turn, and then another for good measure. The cruelty - Machado was interested in the the way people use cruelty.

Amateur Reader (Tom)-yes he had a very interesting and in some ways a lucky life-I will read more of his stories one day.

I read the same story in another translation. So good I want to read more, including the novels.