"The News from Dublin" by Colm Toibin 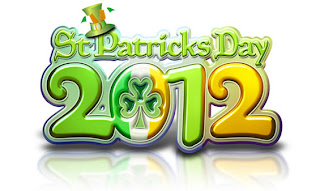 Toibin Speaks out on Immigration, the Catholic Church, and other issues
at the Sydney Writers Festival

Colm Toibin (1955, County Wexford, Ireland) is the author of several award winning novels, (I have previously posted on his novel based on the London years of Henry James, The Master)  essays and short stories.   He was the Leonard Milberg Lecturer in Irish Letters at Princeton before becoming the Mellon Professor of Comparative Literature at Columbia.   He is the author of two highly praised collections of short stories,  Mothers and Sons and The Empty Family.

"News From Dublin"  is one of the stories included in New Irish Short Stories by Colm Toibin, published in 2010.  "News From Dublin" is centered on a family, three brothers, one of them quite successful, one struggling along and one dying of TB.   There father is active in politics.   They have heard of a medical trial being done of a new drug that may safe their brother but it has not yet been approved by the Ministry of Health for general usage.   The brothers know that a political associate of their father is in fact the head of the public health department so they go to him to see if  he can tell them how to get the drug for their brother.   I will leave the story unspoiled.

"News From Dublin" is about family with deep emotional ties in an emotionally restrained culture. It is also about politics.  The level of the prose is very high.   The story is not at all hard to follow.  I hope to read more of the short stories of Toibin one day.

This is an author I've yet to read, should hope to remedy that some day.

That sounds like an interesting story and it's in my collection. I hope Danielle (A Work in Progress) will manage to review Stories from The Empty Family. She said she might in her comments.

I first encountered Toibin when I read The Story of the Night. I have been a fan of his work ever since, most recently of Brooklyn, so I look forward to reading these stories.