"The Weaver's Grove" and other Stories by Seamus O'Kelly 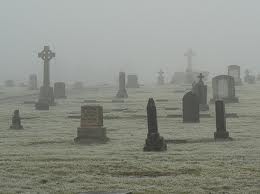 I balanced all, brought all to mind,
The years to come seemed waste of breath,
A waste of breath the years behind
In balance with this life, this death-W. B. Yeats

The most important literary work published in 1906 was The Heart of Darkness.   In Australia women were given the right to vote, except for Asians, Aborigines, and Blacks.    Edward the VII became king of Ireland.   Teddy Roosevelt was the first American President to ride in a car.  The Americans crushed the revolt of the people of the Philippines.   George Bernard Shaw's play Mrs Warrens Profession opens in London.   The London Times Literary Supplement begins publication.   Meiji was Emperor of Japan.

Please consider joining us for Irish Short Story Week Year Two, March 12 to March 31.   All you need do is post on one short story by an Irish author and send me a comment or an email and I will include it in the master post at the end of the challenge.   You can post on as many stories and as many days as you like. 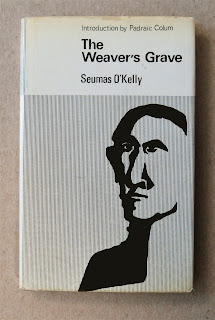 Tell me if you can how Ireland could not have an obsession with Death?   There is a fear and a love of Death in the best of the Irish short stories.   There is a lot of "whistling past the graveyards".   How could it be otherwise?  During The Great Famine, 1845 to 1852, over a million people died and another million left the country for good.   The memory of this huge die off is burned into the consciousness of the Irish Short Story writers.

Seamus O'Kelley (1878 to 1918-County Galway) began his writing career as a journalist.   He wrote a number of plays, novels and short stories.   His acknowledged by all masterwork is "The Weaver's Grave".  It is one of the most beloved of all Irish Short Stories.    "The Weaver's Grave" is a work of near stunning beauty and power that goes deeply into the Irish fixation and very real love of death.   It is not the love of boy for his mother or a woman for a man that always treated her well but something deeper and darker.

William Trevor in his introduction to The Oxford Book of Irish Short Stories says that "The Weaver's Grave" is a tale in transition from older Irish modes of story telling to modern literature.   This story is so haunting and so packed with meaning that I do not wish to say to much about it.  It is set partially in a very old pauper's cemetery with only a few spaces left.   It is a story about looking for the proper spot to bury a weaver.   The central character is the widow of the weaver, his fourth wife, the others all died before he did.   We also have two twin grave diggers and, two very old man who are helping the widow find the spot where her husband is to be buried.   In an amazing section of the story, the widow goes to visit a contemporary of her husband who is said to possibly know where the weaver was supposed to be buried (he was much older than her and she knew it was not love that made him marry her).  The ancient man is half mad but still has a very powerful mind.  He is kind of a pauperized King Lear.   He is taken care of by his very dedicated daughter.

Sometime ago, when I read and posted on Samuel Beckett's Waiting for Godot, I said, I thought it was firmly in the tradition of the Irish Short story which celebrates mad strangers, grave yard conversations, and a crushing destruction of old values and "The Weaver's Grave" for sure supports this claim.   My guess is Beckett read this story many times.

William Trevor says that short stories can cast a spell in a way that novels cannot and "The Weaver's Grave" for sure cast one one me!    The prose is just beautiful and some of the insights are amazing.

"The Rector" was published in O'Kelly's The Waysiders.   It appears to me a rector was a colonial tool sent by the English to convert the Irish away from Catholicism. The rector in this story has an interesting uneasy relationship with the members of his church.   He suspects they are not really converted away from the Catholic faith in their hearts.   He knows little of the history of Ireland.   I felt ashamed for his ignorance of the history of Ireland.   It is a very good story.

"The Wayside Burial"  centers on a parish priest (lots of priests in the Irish short story).    The story opens in an Irish work house where the very poor and often the very old are sent to die.   He is there to provide the proper rituals for a passed pauper.   Here is a sample of his prose from the close of this story.
Much of the history of Ireland is in this conversation with the priest.

"You see the great mounds at the end?  he asked.  "They are the Famine Pits".  "The Famine Pits?"  Yes the place where the people were buried in heaps and hundreds, in thousands, during the famine of '46 and '47.   They died like flies, by the roadside.   You see such places in almost every part of Ireland.  I hope the people will never die again die like that-die gnawing the gravel on the roadside".


I loved "The Weaver's Grave".    It is a work of dark beauty with many lines that will amaze you.   I hope I can read it many more times.   There is real wisdom in it, wisdom that it took great pain to produce.

All of these stories can be found at Manybooks

Now that is something that would appeal to me and needs to go on the wish list right away.
I think it's very true about the relationship between the Irish and Death and suffering I would say.
I felt the same about James Joyce's Araby. I didn't want to write too much about because it would take away a lot of its mystery.

Caroline "The Weaver's Grove" is really deep, lyrical and a true masterwork, I would love to read your reaction to it-thanks so much for your comment and support-

This story has always fascinated me, I had records of my family leaving Milton Malby, Cty Claire, in 1860s (after famine generation) and arriving in New York. I was amused to read the deceased man's name is Mortimer Heher, which was my grandfather's name. I also believe I was at Cloon ha Mora when I visited the family graveyard. There were two men already there, waiting for something, mourners of some type (could have been professional mourners) they pointing me to where the Heher stone was. On the way out, I offered my condolences, they dutifully lowered their heads, hats in hand. What I have since learned is the family could well have been unemployed weavers as cheap imports (and trading that favored English wool) put them all out of business in the decades leading up the the famines. That would explain why all 7 brothers and sisters left together.